Today, the big political battle in New York is no longer between Democrats and Republicans. Anyone who is paying attention knows it is between the moderate and progressive wings of the Democratic Party.


Unfortunately, many members of the Orthodox community have precluded themselves from having a voice in this political civil war because they have registered as Republicans and thus cannot vote in Democratic primaries.

Conservative pundit Ben Shapiro is well known for saying that “facts don’t care about your feelings.” Here are some cold hard facts: New York is a Democratic town. Every single statewide and citywide elected official is a Democrat, both houses of the State legislature are controlled by Democrats, as is New York City’s entire Congressional delegation.‎

Last week’s letter writers from Baltimore, Highland Park, and Atlanta may wish it weren’t so, but it is.

Here are some more facts: In New York City, Democrats have a 10 to 1 enrollment edge over Republicans, and in Brooklyn it’s an overwhelming and insurmountable 15 to 1‎ edge. That means that in almost every local race, the Democratic primary winner will win the general election. If Orthodox voters sit out the primary, they will have no ability to impact the political process or choose their own representatives. This is not a winning strategy.

Now for the feelings part: It is surely true that today’s far-left leaning Democratic Party does not necessarily reflect the religious community’s values. Many people do not want to identify as a Democratic. I get it. What must be clear, though, is that political party registration does not define us. It is simply a practical tool that permits us to have a voice in the political process – to ensure that our issues are dealt with, our concerns are addressed, and our priorities are advanced.

‎I’m not here to argue that you ought to support Democrats over Republicans. You can vote for any candidate you desire in the general election; your party registration does not affect that. But we need to ensure that the more moderate Democrats have support within their party and are not driven out by the radicals.

There is no doubt that the far-left Bernie Sanders/AOC wing of the Democratic party is gaining strength. Recent victories and near wins have emboldened them, and every moderate/centrist Democrat is now in their sights. Longtime congressional friends like Elliot Engel and Grace Meng; Assemblyman Daniel Rosenthal; Councilman Chaim Deutsch; and many others are watching this all unfold with grave concerns.‎

The next New York City mayoral race is fast approaching. The political fight for our future in New York is upon us. If all the important action is taking place in the Democratic primaries, we need to play in that game.‎ February 14, 2020 is the deadline to change party affiliation. Do not delay. The fact is: Your community needs you now more than ever! I strongly urge my fellow New Yorkers to immediately register as Democrats. 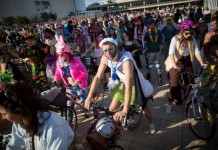 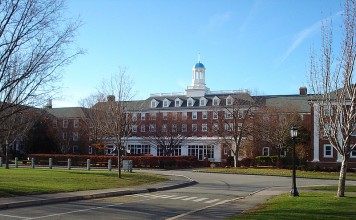