A frequently heard argument in opposition to a withdrawal from Gaza goes as follows:“People ask how 8,000 Jews can live in Gaza, surrounded by over a million Arabs who want to kill them. Well, in that case, how can 5 million Jews live in the Middle East, surrounded by hundreds of millions of Muslims who want to kill them?”This argument fails for at least two reasons. First, Israel is at least tacitly recognized as a legitimate state by the developed world. It is not treated like one, but there is official recognition. In contrast, rightly or wrongly, nobody recognizes the legitimacy of Israeli settlement in Gaza. Second, Israel’s plight of being surrounded by hundreds of millions of Arabs makes it difficult to envision retaining part of Gaza in its permanent borders. Israel’s best approach is to retain as much territory as possible with as few Arabs as possible within that territory.That strategy would not be compromised by settlement in, and annexation of, certain parts of Judea and Samaria, which has lots of empty space and room for development. Gaza, however, is among the most crowded areas in the world, and the very high birthrate among Arabs there is making Israel’s demographic situation more precarious. Israel could annex Gush Katif and the settlements in northern Gaza while ceding the rest of Gaza (as National Religious Party leader Effie Eitam advocates), but under that scenario, the Gush Katif communities would continue to be surrounded by Khan Yunis and other Palestinian towns and villages. Still, while I have doubts about the long-term viability of the Gaza settlements and expect Prime Minister Sharon’s unilateral withdrawal plan to eventually go forward, I oppose the plan because Sharon broke his promise to respect the results of the Likud referendum; because his firing of cabinet ministers who disagree with him was undemocratic; and, most importantly, because contrary to his assurances when he introduced the plan, he has done little to strengthen Jerusalem or parts of Judea and Samaria that Israel wants to permanently retain. As a result, Palestinians will likely see the withdrawal as a sign that their campaign of terror is succeeding and that Israel is on the run.The media have created a perception that there is overwhelming Israeli support for the unilateral dismantling of settlements and have marginalized critics as extremist rejectionists, but a new Geocartography poll paints a different picture. The survey shows that 49 percent of Israelis support unilateral withdrawal, with 44 percent opposed.That hasn’t stopped some of Sharon’s supporters and left-wing politicians, along with several leading members of Israel’s media, from challenging the right of the plan’s opponents to criticize unilateral withdrawal, invoking the Rabin assassination for the notion that dissent must be stifled.It is absolutely legitimate to offer a rationale for why the political decisions of Sharon and others may be very wrong, even immoral. Those who challenge the right of the plan’s opponents to criticize Sharon fail to understand or respect the norms of a democratic society.The notion that strong criticism of Sharon and his plan are automatically an incitement to political violence is absurd. Indeed, a poll by Haifa University’s National Security Studies Center (hardly a hotbed of right-wing activity) asked whether violence could ever be justified as a last resort to prevent the government from implementing an objectionable policy. Of Jewish residents in Judea, Samaria and Gaza, only 2.2 percent responded that any such situation could arise.Clearly, one can adamantly oppose both Sharon’s plan and the idea that violence can be a tool to prevent the plan’s implementation. Of course, there are a small number of extremists spewing diatribes against Sharon and other Israeli leaders, and insinuating that they are traitors or subject to din rodef. Some observant Jews in America also take extremist positions and castigate anyone more moderate than Kach as leftist lovers of Arab terrorists.There already is one murdered Israeli prime minister; decency demands that invective toward Israel’s leaders – especially someone who has contributed as much to the Jewish state as Ariel Sharon – be rejected and condemned with complete revulsion.The reality is that Israel has no peace partner, faces demographic problems, and is diplomatically isolated. There are no simple solutions. Those who express an opinion have a duty to carefully and soberly consider both sides, explain their reasoning respectfully, and not denigrate people who have devoted their lives to the security of the Israeli people. 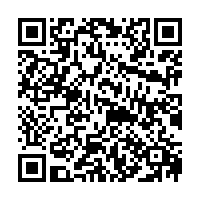