When Republican presidential candidate Mitt Romney told the passionately pro-Israel members of the Faith and Freedom Coalition that he would “do the opposite” of the things that President Obama has done regarding Israel, the room erupted in applause. They understood exactly what he meant because they know the Obama administration has not strengthened the U.S.-Israel relationship. President Obama has brought that strategic alliance to its lowest point in decades.


Obama began his presidency with a Middle East outreach tour that excluded Israel and had as its high point his major speech in Cairo. He told the Muslim world that Israel’s creation was the result of the tragedy in Europe (meaning the Holocaust) – echoing Muslim language that delegitimizes the Jewish state as a European implant in the region – and said that Israeli settlements were illegitimate.

The president followed up with a sustained public attack on Israeli settlement policy that was much harsher than we’d seen since the days of Jimmy Carter. Secretary of State Hillary Clinton said that even “natural growth” should not be permitted within Israeli towns beyond the Green Line, even in areas within or just outside of Jerusalem.

The 2004 Bush-Sharon letter said that certain areas outside the 1949 armistice lines should become part of Israel in a future negotiated settlement because of “new realities on the ground, including already existing major Israeli population centers.” The Obama administration rejected the plain meaning of that letter.

When Israeli Prime Minister Benjamin Netanyahu agreed to an unprecedented ten-month freeze on settlement construction, the Obama administration put no pressure on the Palestinians to respond and they never came to the negotiating table during that time. At the end of the ten months, the Palestinians insisted that the freeze continue before they would join in negotiations, and the Obama administration fully backed their demand without making any demands on the Palestinians or holding them accountable for commitments they had already made.

In March 2010, the Israeli government made a routine announcement of one step in the planning process for new homes in a Jerusalem neighborhood while Vice President Joe Biden was visiting Jerusalem. It was an indelicate slip-up, given the Obama administration’s stance on settlements.

In response, the Obama administration went full bore in condemning Israel in the strongest diplomatic terms possible. Clinton read the riot act to Netanyahu in a scathing 45-minute phone call made public by her office. Obama political adviser David Axelrod went on the weekend talk shows to call the settlements announcement an “insult.”

The heated condemnation of Israel came as Palestinians were working toward a reconciliation between Fatah and Hamas. The Obama administration said nothing about that, saving all its venom and vitriol for Israel.

In the spring of 2011, Obama made a speech that blindsided Netanyahu just hours before the prime minister arrived in the United States for another summit meeting. The president fundamentally changed U.S. policy by saying, “The borders of Israel and Palestine should be based on the 1967 lines with mutually agreed swaps.”

By setting the armistice lines as the baseline for negotiations and implying that both Israel and the Palestinians would have to “swap” land tit for tat, Obama made the Palestinians’ intransigent, revisionist position into U.S. policy. Even leading Democrats in Congress protested the president’s words.

At the United Nations, where the United States has long defended Israel, the Obama administration has sharply criticized Israel to the international community. When the Security Council has considered anti-Israel resolutions, Obama often has refused to defend Israel during the debate. When he has ordered a U.S. veto, his UN ambassador has used it as an opportunity to publicly criticize Israeli settlement policy in the sharpest of terms.

In the first three years of his term, Obama inserted plenty of “daylight” between the United States and Israel. Only recently, when the president’s Jewish support began eroding dramatically in the polls, has the administration backed away from its cold, often belligerent treatment of Israel.

The military assistance and cooperation, the diplomatic words and the other things that President Obama’s publicists are now touting are the very least one would expect from an American president, given that the American people and Congress are such unwavering, staunch supporters of a strong Israel and a strong U.S.-Israel alliance. 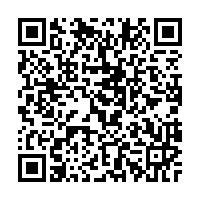