This much we know: as soon as the story broke last month that a former teacher at a well-known Jewish educational institution stood accused of abusing students there decades ago, the teacher’s life changed forever. His employers saw it (he was immediately suspended from his current job), his friends, family and associates would soon learn of it, and anyone who searches the web could now forever find it. His fate was sealed.

What did it take for the newspapers to render such an ultimate and irreparable sentence? Check the articles that broke the story and you’ll find the startling answer: one accuser. That’s right – for the teacher, unlike a former principal also named in the article, a single claim was all it took to print his name, photograph and the repugnant details of the allegation. One paragraph even recounted the sordid tale as fact, without qualifications such as “the former student claimed.”


The “former student,” unlike the teacher he accused, remained anonymous.

This is not a defense of the teacher. Nor is it a denial of the accuser’s claim, or his sincerity. The teacher may be guilty, and if so it is an unspeakably horrible crime – as is any attempt to cover it up. And if he is guilty, his victim has a right to immediate and immeasurable redress.

But the point here is about something else: the standard of evidence used to support such a public charge, one that is as damning as any courtroom verdict – and far more so than most.

As any adolescent knows, criminal verdicts tend to require much more corroboration than this. The reasoning is almost as familiar: if we irretrievably deprive someone of his place in society, we had better get ironclad proof, beyond a reasonable doubt. It should take nothing less to destroy someone.

No similar standard has ever been applied to the press, however. One reason, perhaps, is that accusations in the media, unlike courtroom verdicts, are not final – they can be challenged in the same court of public opinion. So one source may often be good enough.

Except here. In the special case of sexual abuse of minors, the mere appearance of the charge will finish someone, tainting him forever. Would you hire or associate with an accused sex offender? Would you give him the benefit of the doubt? The revulsion evoked by the crime itself spreads to the mere allegation. Publication becomes the ultimate sentence.

That is not to say news stories should carry the same burden of proof as criminal conviction, which is very high. It is only to suggest that there should be some standard of evidence, rather than the lowest imaginable: a single anonymous accuser. Reputable newspapers used to take pains to corroborate such allegations with at least someone else’s similar claims, or independent evidence.

Not so for the teacher whose one accuser chose to remain anonymous. Yet his name and picture were splayed in prominent black and white, and subsequent reports lumped him together with the other educator whose numerous accusers included some who were named, making it seem as though many students had accused them both.

It may turn out that multiple eyewitnesses will step up and confirm the lone, anonymous accusation. But that would hardly change the fact that some newspapers stood ready to ruin him either way, with scandalously thin evidence at the time.

It isn’t always this easy. The American Civil Liberties Union and others have campaigned vigorously for the rights of accused sex offenders to a fair hearing, and they have taken their cause to the press as well.

But you won’t find those activist voices in the present drama. Nor did we hear them during the recent Nechemya Weberman trial, in which a chassidic man was convicted on one alleged victim’s testimony. In that case, the defense even showed she had reason to despise the accused (he had reportedly videotaped her and her paramour and showed it to her parents).

The Weberman case should have been a cause célèbre of liberal due process champions. The defendant was unappealing, having indisputably done at least some disgraceful things (not least among them counseling youngsters without a license and breaking their confidences). The district attorney was under pressure to convict sex offenders from the defendant’s community. And the evidence was thin. There was, in short, a high risk of a questionable verdict – precisely the danger that due-process champions most fear. 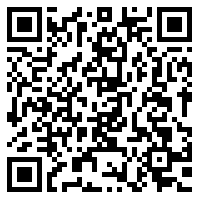