History is back and so are the Russians.

After an interregnum of twenty years, during which the communist Soviet Union was demolished and a crony capitalist, Russian kleptocracy turned inward to establish firm control of journalists (oh wait, that might have been the Obama Administration), civil society practitioners including lawyers, businessmen, and little girl punk bands, Vladimir Putin has laid down a marker in the Middle East. The suggestion that advanced SS300 air defense missiles are already in Syria and that Yakhont ship-to-ship missiles are coming, plus Russian warships steaming toward the region along with obstruction in the U.N. are all steps toward establishing Russia as the “go to” imperial power to control or end the Syrian civil war.


The Russian interest is twofold. First is to be the master of the diplomatic front. Whether the Russian-touted “peace conference” results in “peace” or a change of government in Damascus is less relevant than whether the Putin is in the driver’s seat. Second is to stop the spread of Sunni expansionist Islam that threatens Russia with the potential to reignite the Caucasus. Chechnya, Dagestan, and Ossetia are historically restive, but now are increasingly Islamic rather than nationalistic in their hatred of Orthodox Russia.

Two things make this really interesting. First, Putin is dealing with Israel much more forthrightly than he is with the United States, something that should be considered less a sign of respect for Israel’s red lines than disdain for the Obama Administration. Second, he has taken a narrow view of a broad problem — and thus is playing a losing hand.

On the American side, neither Secretary of State Kerry nor the president he serves seem to understand Russia’s goals in the region, and thus neither is prepared to uphold our own interests. When Kerry flew off to Moscow in early May to find a mechanism for an international conference on Syria, Putin kept him waiting three hours and, according to the London Daily Mail, “continuously fiddled with his pen as the top American diplomat spoke about the ongoing crisis.” Ever the good guest, Kerry told Putin, “The United States believes that we share some very significant common interests with respect to Syria — stability in the region, not having extremists creating problems throughout the region and elsewhere.”

Actually, we don’t. Kerry touted “stability,” but without specifying acceptable and unacceptable parameters for achieving it, he abdicated fundamental American principles. “Stability” is a tricky word. Russia was stable under the communists at a price of millions dead, and is working its way out of the messier parts of capitalism and back to stability by jailing people and having prominent “enemies of the State” conveniently drop dead. (See Berezovsky, Magnitsky and Politovskaya for starters.) Syria was stable for years under Assad & Fils — and Russia would like to see it stable under Assad control again. If “stability” is all we seek, Kerry can just jump on the Russian bandwagon.

Moreover, aside from the rude treatment Kerry received in Moscow, contrasted with the very polite reception Prime Minister Netanyahu received a week later, the Russians waited until Kerry left to drop a bombshell. On May 16, Foreign Minister Sergei Lavrov told Lebanon’s Al-Madayeen that Iran would have to take part in any international conference. The State Department spokesman was forced to say the U.S. wouldn’t rule it out, because to do so would admit that Kerry’s trip was a failure. The U.S. may find itself negotiating directly with Iran on an issue other than nuclear weapons, which would be an abject failure for stated U.S. priorities.

David Kramer, President of Freedom House, reminded Washington Post readers that Moscow also detained a former U.S. official in the airport for 17 hours without food or water before deporting him; had camera crews film a civil-society activist when Kerry arrived at his home; and publicized the name of the presumed CIA station chief in Moscow, calling him a spy.

President Obama chalked it all up to the Cold War.

I don’t think it’s any secret that there remains lingering suspicions between Russia and other members of the G8 or the West… It’s been several decades now since Russia transformed itself and the Eastern Bloc transformed itself. But some of those suspicions still exist.

On the one hand, he gives Russia far too much credit for “transforming” itself; the roots of Russian imperialism haven’t changed in centuries. On the other hand, he can’t imagine that the current situation is driven by current Russian needs, not the old Cold War. 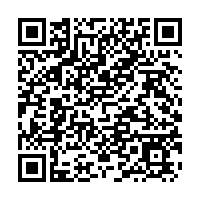