Gender apartheid.  A Muslim woman who wants to be free will be jailed for it under the sharia.

Back in March I reported deep concern for a young Tunisian Muslima who had disappeared after she posted topless photos of herself to protest the Shariah oppression and subjugation she suffered as a Muslim girl. One controversial image showed the young Muslimah, Amina Tyler, smoking a cigarette, baring her breasts, with the message in Arabic written across her chest: “My body belongs to me, and is not the source of anyone’s honour.”


A Muslim cleric in moderate Tunisia called for her stoning death. Tunisian newspaper Kapitalis quoted preacher Almi Adel, who heads the Commission for the Promotion of Virtue and Prevention of Vice, saying:

The young lady should be punished according to Shariah, with 80 to 100 lashes, but [because of] the severity of the act she has committed, she deserves be stoned to death.” And: “Her act could bring about an epidemic. It could be contagious and give ideas to other women. It is therefore necessary to isolate [the incident]. I wish her to be healed.

Amina was on the run solely because she wanted to be free. She was caught and arrested. Even more heinous is Muslim women who enable this misogyny and oppression.

“Amina Tyler, Tunisia’s ‘topless jihad’ activist, caught and under arrest” Al Arabiya, May 21, 2013After months of reportedly going into hiding, the outspoken Tunisian feminist who sparked a trend of “topless jihad” has been found and arrested by Tunisian authorities earlier this week and may be charged for conducting “provocative acts.”

Amina Tyler, 19, was found in the midst of police scuffles with hardline Salafist group Ansar al-Shariah in the central Tunisian city of Kairouan on Sunday.

Tyler previously described herself as a member of the Ukrainian feminist group Femen, which uses nudity in protests.

Witnesses said she allegedly scrawled “Femen” on the wall near the main mosque and may have intended to hang a banner on the building before an angry crowd gathered and started shouting at her to leave, according to The Associated Press.

Video posted by the Tunisian online Nawaat news site shows Tyler, with dyed blonde hair, clutching a banner and being hustled away by police and put into a van as residents chased her.

A local resident shouts at the camera: “She is dishonoring us. We will protect our town, but a dirty girl like her shouldn’t come among us.”

In March, Tyler posted pictures of her topless body with the phrase “my body is my own” scrawled on it, and she went into hiding after receiving death threats. Her family took her to stay with relatives outside the capital before she escaped and hid with friends.

A month later, Tyler had been trying to leave Tunisia, her former lawyer said after a video surfaced in which the woman recounted being drugged and given virginity tests by relatives. 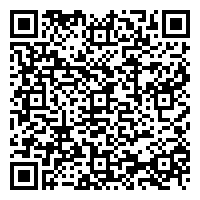