Israel has been in for vicious criticism recently over its response to the violent Arab March of Return.


Hamas sent about 30,000 soldiers, and families of soldiers, to challenge the integrity of the fence between Israel and Gaza. They have also burned thousands of tires near that fence creating a local environmental catastrophe.

About seventeen people were killed in the first wave of this little adventure-slash-picnic and, according to some sources, about seven hundred people were shot by the IDF.

{This statistic, by the way, is difficult to believe. If the IDF shot up over seven hundred people there would definitely be more than seventeen, or so, dead.}

Simultaneously, Israelis are in an uproar over their version of the Middle East / African immigration crisis.

There are about 38,000 illegal immigrants from Africa in the country who have created their own little ghetto in south Tel Aviv. Some are calling that neighborhood “Little Africa.” The high-pitched, table-pounding debate within Israel is about just what to do with these people.

In recent months it looked as if the Netanyahu government might deport them back to Africa, but a deal was struck through the offices of the United Nations wherein Western countries would take in half of those illegal immigrants and Israel would assimilate the other half. My sense is that this was a compromise that most on both sides of the argument could live with.

Needless to say, Netanyahu canceled the deal and now no one is happy. The left-wing in Israel is screaming from the rafters that this is cruel because all refugees deserve – as a friend of mine put it -“to have their specific, individual case heard by a fair system of refugee determination.”

Meanwhile the right-wing is upset because of Netanyahu’s unreliability and flip-flop-o’mania.

As the criticism of Israel begins to ramp-up in this current developing season of Israel Hatred, it is important to keep in mind some very wise words from Harvard Professor of Yiddish literature Ruth Wisse who, I assume, will forgive me for paraphrasing.

In a lecture a few years ago she used a metaphor to criticize the friendly critics of Israel who just wish that Israel was a more moral country. These are the kind of people who genuinely regret that Israel fails to be a Light Unto the Nations and who champion Tikkun Olam.

Professor Wisse asks us to consider the following scenario:

Let us imagine that you own a house in a particular neighborhood and one day a friendly neighbor dropped by for a beer and chit-chat on a hot summer Sunday afternoon. This is a guy who lives just down the street, who you know by first name, and who you’ve been more-or-less friendly with for years.

Suppose this neighbor suggested, as you’re settin’ on the porch, that you really needed to clean up your yard and house a bit because things are getting a little messy. He’s talking as a friend to a friend and in an entirely non-hostile manner. You know, the yard needs a little weed-whacking and there is still that broken window in the second bedroom that must be replaced.

But let’s say that, in truth, your house is the best-kept house in the neighborhood. The houses surrounding your house and those nearby are obnoxious wrecks. Yards are entirely overgrown like jungles. Roofs are caving in. Neighbor kids are running around with slingshots, but no pants.

And let’s say that you’ve always wanted to live peaceably with these neighbors, yet they throw rocks through your windows and threaten violence and death upon your family.

What would you think of your friend’s advice to trim your weeds under those circumstances? 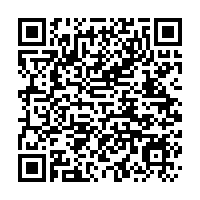