The Russian Reconciliation Center for the Conflicting Sides in Syria has removed 3,627 rebels and their families from the city of Douma, where 200 had been killed and at least 1,000 injured earlier this week from the regime’s chemical attack, the Russian Defense Ministry reported on Tuesday – although it omitted the past about the chemical attack and the regime’s responsibility for the atrocity. The evacuation was carried out on Monday through the Muhayam al-Wafideen humanitarian corridor.

“Over the past day, 3,627 militants and members of their families were taken through the humanitarian corridor of the Myhayam al-Wafideen checkpoint,” the ministry announced, adding that the evacuees “were taken by 70 buses to the north of the Aleppo Governorate.”


So now the Russians are at least on the record that something bad enough had taken place in Douma to justify their humanitarian intervention. Russia’s Foreign Ministry earlier rejected the reports of the Syrian army’s chemical attack as “fabricated information,” and Russia’s Defense Ministry said the White Helmets group that forwarded the report was “known for its fake news.”

Meanwhile, according to TASS, Russia’s Permanent Representative to the United Nations Vasily Nebenzya said on Monday that his country supports the idea of establishing an independent mechanism to probe into what he termed the “alleged chemical attacks in Syria.”

“As for an independent investigative mechanism, we also support this idea,” Nebenzya told a meeting of the UN Security Council dealing with the chemical attack on Douma.

“I would like to remind you that our draft resolution stipulating the formation of such mechanism is pending a UN vote and that we are ready to pass it any day,” the Russian envoy said. 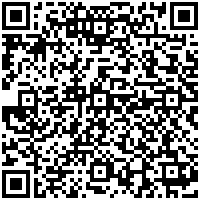