The relationship between Israel and Saudi Arabia has been warming up for some time. Both countries were alarmed by what their respective governments saw as the Obama administration’s weakness in the face of a rising Iran. Both opposed the Iran nuclear agreement (the Joint Comprehensive Plan of Action, or JCPOA). Both want to see much stricter action taken against Tehran’s spreading influence, not least in Syria. But with all of that said, Israel—which does not import anything from the Gulf—would prefer not to interfere directly in the Saudi-Iranian conflict, as it is unlikely to benefit from such interference and could in fact be seriously harmed.


The Saudi-aligned Gulf states would like to reinvigorate Washington’s interest in the region, but this is a harder sell than it once was—and not only because Americans have tired of military engagement in distant conflicts. President Donald Trump stated outright that America does not need Gulf oil, and asserts that the beneficiaries of this trade should look after themselves with only general support and backing from the US.

Adding to the challenge facing Riyadh is its leadership’s tarnished image. Crown Prince Muhammad bin Salman was widely (if ineffectually) condemned for allegedly ordering the murder of journalist Jamal Khashoggi, and the kingdom is increasingly criticized for its conduct in the war in Yemen. One of the few plays open to Riyadh is to make peaceful overtures toward Israel, a move likely to boost its stock in Washington even as it offers other potential benefits.

Saudi Arabia is facing serious consequences resulting from its clashes with Shiite Iran and its proxies. About half the country’s oil production was disrupted—5 million barrels a day—as a result of drone strikes by Yemen’s Iran-backed Houthi rebels on the extensive Saudi Aramco oil facilities in Abqaiq on September 14, 2019. According to the website of Al-Masirah, a Houthi-run satellite news channel, the group vows additional attacks if Saudi coalition forces do not withdraw from Yemen.

The strike proved that Riyadh is vulnerable to attacks from Tehran and its proxies. Further Houthi strikes on the Saudi oil business would be disastrous because oil is the central pillar of the kingdom’s economy and the cornerstone of its development. According to the IMF’s latest data, oil receipts accounted for around 85% of Saudi Arabia’s exports and almost 90% of fiscal revenue, and the oil sector comprises over 40% of overall GDP. Saudi Arabia’s budget deficit each year, depending on the price of Brent crude, is $40-60 billion.

Saudi Arabia urgently needs an alternative export route for its oil, and that is a further reason for Riyadh’s overtures toward Jerusalem. The kingdom is already talking to Israel about a pipeline to Eilat, only 40km away, for the import of Israeli natural gas. By extension, this route could be developed as an alternative way to get Saudi oil to the deep harbor of Haifa for export to Europe and the West. This would be a much safer, faster, and more secure way to guarantee Saudi exports to the west, as it would avoid Iranian aggression at the Strait of Hormuz and the Bab al-Mandeb Strait in the Red Sea. It would also save the considerable transit fees involved in crossing the Suez Canal.

This route could open a new world of export markets for Saudi Arabia. At the moment, the kingdom is looking to import natural gas, but in time, it may move to develop its own natural gas reserves, which are the fifth-largest in the world.

Israel is developing its natural gas reserves, but does not possess enough to justify building an export pipeline to Europe. A link with Saudi Arabia, however, could tip the scales in favor of an Eastern Mediterranean pipeline, which could be extremely lucrative for both partners.

Whether or not Saudi Arabia is pressing for war with Iran, its options to avoid one are narrowing. The kingdom, which is within range of Iranian missiles, has much more to lose from such a war than does Iran. “Saudi Arabia will not support a war with Iran that has a Saudi return address on it,” said Joshua Landis, director of the Centre for Middle East Studies at the University of Oklahoma.

Tehran continues to take advantage of the many disruptions across the Middle East to spread its influence. It is forming a land bridge to connect Iran through Iraq to Syria, the Israeli border at the Golan, and Lebanon (the “Shiite Crescent”). Shiites make up just 10% of the world’s Muslim population but are a massive majority in Iran, which has used Shiite movements elsewhere to assert its regional hegemony.

A completed Shiite Crescent would represent a serious challenge to Saudi interests in the region. It would threaten vital trade routes and the security of the region as a whole. It would make intervention in Iranian-dominated areas even more complicated, given the potential for escalation between Saudi Arabia and Iran-backed forces. More broadly, the Iranian presence fuels a growing sectarianism that will pose a threat to regional stability for years to come. Riyadh will do what it can to mitigate that threat, even going so far as to extend a friendly hand to Israel. 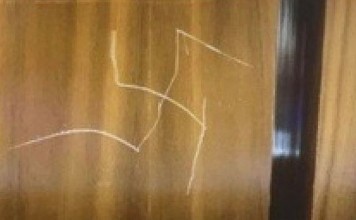 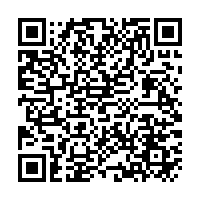