Though the late Yitzhak Rabin vowed there would never be recognition of, nor negotiation with, the PLO and that there would never be a Palestinian state, politicians from various Israeli political parties have succumbed to the international push for just such an entity – the very state Rabin said would bring about the ruin of the State of Israel.

By not sticking to their guns, Israeli leaders have set a trap of their own making.

They did so, first of all, when they recognized an arch-terrorist and pathological liar as a bona fide peacemaker before the nations of the world, and then by accepting as inevitable the idea of an independent Palestinian state on Holy Land soil – a land given as an eternal possession by God to the Jews.

Is there no Israeli politician of standing and influence left to speak against this utter foolishness that the nations, in their reckless desire to quiet things down in the Middle East for their own benefit, are blindly pressuring Israel to accept?

Is there no one in Israel who can, once and for all, blow the whistle on such a plan of folly and destruction? Are they all afraid of the nations of the world and the self-serving “wisdom” they would force on Israel, which alone is asked to risk security and survival to appease the unappeasable?

Arafat was finished and publicly humiliated in 1982 when he was driven out of Beirut as a conquered terrorist gang leader by the victorious IDF. Yet Israel, in an act of unmatched stupidity, turned him into an international hero through the Oslo “peace process,” a statesman worthy of the prestigious Nobel Peace Prize, a figure accepted by the nations of the world.

Arafat’s image was rehabilitated beyond his wildest dreams because Israel – not the Arabs, not the Europeans, but Yitzhak Rabin and Shimon Peres – brought him back to life.

The situation Israel now finds itself in is one very much of its own making. By pursuing this path against the wishes and wisdom of some of its most admired statesmen, Israel has cornered itself between its enemies and a world that urges it in beautiful-sounding speeches – like those recently delivered by Condoleezza Rice and Tony Blair – to complete the suicidal process it so foolishly began.

Even if there are few among Israel’s leaders to courageously stand against any further negotiations with today’s Palestinian leadership, the resolution offered by U.S. House Republican Whip Roy Blunt and Rep. Shelley Berkley is refreshing in its clarity. One wishes Israeli Knesset members would find the courage to take the same clear stand their U.S. counterparts have.

With its call for Palestinian accountability, the resolution can have a real impact on the outcome of the upcoming Annapolis summit.

Blunt (R-MO) introduced House Resolution 758 jointly with Berkley (D-NV), calling on Palestinian Authority President Mahmoud Abbas, also chairman of his Fatah Party, to officially renounce ten articles in the Fatah constitution that call for Israel’s destruction and acts of terrorism against its people.

The Fatah constitution opposes any political solution to the Israeli-Palestinian conflict and it labels Zionism as racism. Examples of the offensive language among the ten separate articles that explicitly seek to incite violence against the State of Israel include the following:

Article 19 – “The struggle will not cease unless the Zionist state is demolished.”

Article 22 – “Opposing any political solution offered as an alternative to demolishing the Zionist occupation of Palestine.”

“There can be no reasonable expectation of a broad-based, long-term reconciliation between the Israelis and Palestinians while one side’s constituting document calls for the complete destruction of the other. I believe it’s absolutely critical that the insidious nature of the Palestinian constitution be brought to light – and that those with a genuine interest in working toward peace insist its most unconstructive provisions be abrogated from the text.

“It goes without saying that a basic condition of negotiating with someone is recognizing their right to exist – and once that’s granted, the right to live without fear of terrorism. But, at least according to the ruling party’s constitution, even these fundamental concessions continue to be rejected by the Palestinian leadership. 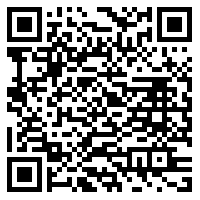