Confronted by the totalitarian threats first of fascism and then of communism, Democrats under Franklin Roosevelt and Harry Truman and John F. Kennedy forged a foreign policy that was simultaneously principled, internationalist, and tough-minded.

This was the Democratic Party I grew up in – a party that was unafraid to make moral judgments about the world beyond our borders, to draw a clear line between what Nitze in NSC-68 called “the free world” of the West and the “slave society” behind the Iron Curtain. It was a party that grasped the inextricable link between the survival of freedom abroad and the survival of freedom at home – that recognized, as Nitze wrote, that “the idea of freedom is the most contagious idea in the world.”

And it was also a party that understood that a progressive society must be ready and willing to use its military power in defense of its progressive ideals, in order to ensure that those progressive ideals survived…. That Democratic foreign policy tradition – the tradition of Roosevelt, Truman, and Kennedy – collapsed just a few years later, in the trauma of Vietnam. And in its place, a very different worldview took root in the Democratic Party.

2. From a letter to the editor in the November issue of Commentary:

When John F. Kennedy was assassinated in Dallas in 1963, he was on his way to a joint luncheon of two local organizations (the Dallas Citizens Counsel and the Dallas Assembly) that symbolized progressive liberal leadership in the city. . . . [T]he entire last paragraph [of the speech he was to have delivered there] is worth quoting:

We in this country, in this generation, are – by destiny rather than choice – the watchmen on the walls of world freedom. We ask, therefore, that we may be worthy of our power and responsibility, that we may exercise our strength with wisdom and restraint, and that we may achieve in our time and for all time the ancient vision of “peace on earth, good will toward men.” That must always be our goal, and the righteousness of our cause must always underlie our strength. For as was written long ago: “Except the Lord keep the city, the watchman waketh but in vain.”

The image of the “watchman [on the walls]” in the first sentence is drawn from Isaiah [62:6-7], and the final sentence [from] Psalm 127. This was apparently a time when a Democratic President could urge the country to “bear any burden” and “oppose any foe” in the service of a righteous cause in the world, and allude repeatedly to the Bible, without defensiveness or ostentation, in an address to a progressive group.

3. From James Piereson, Camelot and the Cultural Revolution: How the Assassination of John F. Kennedy Shattered American Liberalism (Encounter Books 2007):

Kennedy’s anticommunism … was turned on its head by the radicals of the 1960s and by the liberals who eventually took command of the reform movement. They argued that the Cold War was a diversion from urgent domestic issues and represented a false conflict spurred on by military and industrial interests in the United States. In 1972, the national Democratic Party, led by its presidential candidate, George McGovern, essentially withdrew from the Cold War, leaving that battle to be fought in the years afterwards by a coalition of Republicans and conservative Democrats. In 1977, a Democratic president … apologized for national policies that had been crafted out of an “inordinate fear of communism.”

…. Between the time of Kennedy’s assassination in 1963 and Jimmy Carter’s election in 1976, the liberal movement was gradually taken over by a new doctrine that might be called (for want of a better term) Punitive Liberalism … [which] took as its point of departure the assumption (described above) that the United States was responsible for numerous crimes and misdeeds through its history that called for some kind of official recognition and punishment…. For the Punitive Liberals, American history was a story of sin and corruption going all the way back to the initial European visitations to North American shores…. 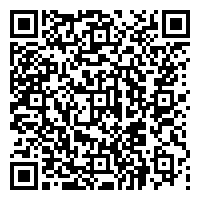