When the chief rabbi attends Limmud, or when roshei yeshiva or yeshiva presidents attend, and their actions are widely publicized, they are effectively permitting the Orthodox masses to go. They are saying there is nothing wrong with studying under non-Orthodox teachers. Come, hear the chief rabbi speak, and while you’re here you must attend this session on this topic that interests you taught by a bare-headed Reform rabbi who observes neither Shabbos nor kashrus. Or worse, by a yarmulke-wearing Reform rabbi who observes Shabbos and kashrus but will teach that you do not have to.


There is an additional element of outreach. Many non-Orthodox Jews have never met a refined and intelligent Orthodox Jew. They expect Orthodox Jews to be socially and intellectually backward. But the impact of interaction with Orthodox Jews has brought many people to Orthodoxy, including non-Orthodox rabbis. This is particularly true when an Orthodox scholar teaches, offering an intelligent and compelling worldview. There is great outreach opportunity at Limmud. An Orthodox rabbi has the unique opportunity to teach an audience thirsty for knowledge and often unaware of basic traditional texts and concepts.

I am not suggesting that an Orthodox rabbi scan the audience, targeting those most vulnerable. When an Orthodox rabbi gets up and speaks intelligently, he has already broken down barriers. When he sits and shmoozes with his neighbors, he has changed perceptions. And if he inspires his audience with a particularly good lecture, he has drawn people closer to Orthodoxy. All I am suggesting is that an Orthodox scholar do his best teaching job. That alone will frequently accomplish wonders.

The chief rabbi’s attendance at Limmud probably made dozens of ba’alei teshuvah, even if not immediately. He stole the show, breaking down barriers and drawing people closer to traditional Judaism.

The question is how to balance this incredibly positive impact with the competing concerns. I suggest, as a theoretical proposal and not practical guidance, that absent the crushing pressure the chief rabbi faced, only Orthodox scholars who are not in prominent positions attend Limmud. When they are not high-profile figures, they will not attract the attention and offer the legitimacy that is so problematic. Few will say that since the assistant rabbi of some synagogue taught at Limmud, I may attend as well.

Of course, some Orthodox people will go but they are the people who would go anyway. And those Orthodox teachers who attend should not actively encourage laypeople to go; they might even privately discourage attendance. Their role is not that of a trailblazer, clearing the way for others to follow, but as ambassadors of Orthodoxy. Their goal is to participate, make friendships, and teach their hearts out. In this way, the dangers of legitimation and permission are largely mitigated while the benefits of participation are maintained.

Perhaps this is an appropriate recipe for Limmud success. 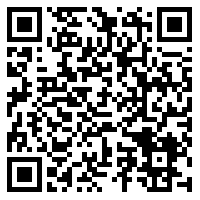