Phyllis Chesler, one of the doyennes of the feminist movement, professor emerita of psychology and women’s studies at CUNY, ardent Zionist, and author, most recently of An American Bride in Kabul, which won the National Jewish Book Award for memoir this year, was traveling from New York to Florida Wednesday afternoon.


Chesler’s flight was delayed due to the ice storm. Still, she felt somewhat lucky, as most of the flights were cancelled.

As she waited, Chesler pulled out the latest edition of The Jewish Press, which she had with her.

Chesler noticed that as soon as she took out the paper, one of the security agents looked at her sharply. He came over and asked to see her newspaper. After looking at the cover, the agent then took The Jewish Press and brought it over to another security agent. The two agents then had a discussion, apparently about the newspaper and about Chesler. She was then told to open her luggage, which the agents proceeded to search.

While Chesler’s luggage was being rifled through and she was being interrogated, she noticed another woman stride unmolested past her and the security agents, and disappear on through to her destination.

The woman who sailed through without being stopped was dressed in a niqab. The niqab is an Islamic head covering which covers a woman’s entire face except for the eyes.

Chesler recounted that she saw no one in security ask this other woman – whose face was impossible to see – to lift her veil so that they might check her facial features against her identifying documents. The unidentifiable woman went right past security, no questions asked.

Chesler’s interrogation ended after the security agents found nothing more dangerous than a water bottle.

The episode was relatively brief, but it reveals a great deal about who security agents at JFK airport think is dangerous and from what they are protecting Americans.

The issue is that merely the word Jewish on a newspaper was sufficient to draw the agents’ attention and suspicion, while someone whose identity was impossible to discern, who could be hiding who knows what, was ignored by security – security! professionals.

Had the situation been reversed, there is little question that the Committee on American Islamic Relations (CAIR), would be up in arms. So would the American Civil Liberties Union and probably half a dozen Jewish organizations. But in this real life situation, a Jewish woman was stopped as a potential security threat in an airport in New York because she was reading a Jewish newspaper.

Will anyone be up in arms? 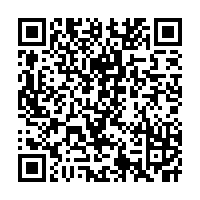