Remember the dark days of 2014, when Israel’s foreign relations supposedly were “crashing”; when the international diplomatic noose purportedly was tightening around Israel’s neck?


That was because of the looming Western boycott of Israel. The Boycott, Divestment and Sanctions (BDS) movement was everywhere and overwhelming, we were told. Every day, almost every hour, Israel’s then-chief peace negotiator, Tzipi Livni, wailed about Israel’s impending isolation.

According to Livni, Israel was about to be hit with unprecedented diplomatic, economic, and academic chill, with severe repercussions for business and prosperity. Unless, of course, Israel snapped quickly to Livni’s tune of withdrawal from the West Bank and conceded a state to the Palestinians.

Then-finance minister Yair Lapid chimed in too with a shabbily concocted report that confirmed Livni’s premonitions. The pocketbook of every Israeli was going to be hit hard, Lapid warned, by Western boycott, divestment and sanctions activity, unless Israel scurried to then-US Secretary of State John Kerry’s camp and hurried to cut a deal with the Palestinians.

In fact, the “threat” of a global boycott against Israel was so obsessively talked about those days that you might have thought it a greater threat than the growth of Iranian forces on Israel’s borders.

It turned out that this was manifest nonsense. The menace of BDS was deliberately overstated and wildly overestimated. It was largely an artificial threat manufactured by the Israeli Left and magnified a thousand times over by media repetition.

No wonder that Kerry and other Western leaders took to sternly cautioning Israel about the consequences of a breakdown in Palestinian negotiations. Kerry was merely echoing what he heard from Livni and Lapid, who deliberately prophesied unsubstantiated doom and gloom in an attempt to scare the Israeli public into retreat and withdrawal.

Unfortunately, this has been the modus operandi of the Israeli Left for some years now: Create a bogeyman with which to frighten the Israeli public into adopting a fatalistic narrative.

Time and time again, this trick has been tried. In 2013, former prime ministers Ehud Barak and Ehud Olmert warned of a “diplomatic tsunami” that would befall Israel if the Palestinians went ahead and got their “statehood” approved by the United Nations General Assembly. In panic, they urged Israel to make radical diplomatic concessions to prevent the disaster.

Well, the Palestinians got their vote and their upgraded status, yet the sky did not fall in on Israel.

This is how it works (fill in the blank): Israel had better withdraw from Judea and Samaria, otherwise it will lose… its Jewish and democratic character (Shimon Peres); or… its diplomatic standing (Livni): or… its economic prosperity (Lapid); or… its moral standing (Dan Meridor), and so on.

More recently, there was the “super dangerous” American decision to move its embassy from Tel Aviv to Jerusalem. Do you remember the scaremongering campaign? Every left-of-center Israeli and global analyst warned in 2018 that if President Trump went ahead with the move the entire Mideast would erupt in violence, American embassies across the Arab world would be burned to the ground, and so on.

That too was nonsense. It did not happen.

NOW, THE SAME ANALYSTS, along with high-minded European officials and Democratic politicians who are still wedded to failed paradigms of the Oslo era (the “Clinton parameters”), bellow from the rooftops that if Israeli law or sovereignty is applied to the Jordan Valley and settlements in Judea and Samaria all hell will break loose.

They warn that the Palestinian Authority will collapse itself (– a tired and empty threat), Jordan will cancel its peace treaty with Israel (– an unlikely scenario), the European Union will stop buying Israeli technologies (– ditto), and American Jews will grow alienated (– already happening, mainly for reasons not connected to Israel).

Here again, these prophesies of catastrophe are premeditated manipulation. The specter of Israel’s isolation and sequestration by the world is overblown, and in any case, Israel could manage most degrees of negative blowback.

This is not to say that Israel should apply sovereignty now to parts of Judea and Samaria, or that Israel won’t be penalized by the international community for doing so. Only that Israel should make its decision based on core security and national interests, and not be bullied by inflated intimidations.

IF DESPITE ALL THE CHALLENGES, Prime Minister Netanyahu and Alternate Prime Minister Gantz decide to proceed with a sovereignty declaration they should do so with composure, and say something like the following:

“Israel truly desires a negotiated peace with the Palestinians. But since our adversaries are not willing to engage or compromise, and are busy assaulting Israel in international forums while most of the world looks on with equanimity – Israel must reposition, in coordination with the US and in accordance with the Trump administration peace paradigm.”

“Israel need not wait endlessly for miraculous democratic transformations on the Palestinian side. Nor will Israel passively wait for a next round of heightened international pressures to unilaterally withdraw lock-stock-and-barrel from the West Bank; withdrawals that would be suicidal.”

“Instead, Israel is acting on the Trump plan because it reflects realism. The territorial contours and security parameters of the plan make eminent sense to most Israelis. The extension of Israeli sovereignty to the approximately 30% of Judea and Samaria where Israelis live and where the IDF regularly patrols will be a rightful and responsible recognition of reality.”

“Unlike the stale Clinton parameters, the new situation created after an Israeli declaration of partial sovereignty in Judea and Samaria should provide a baseline for realistic Israeli-Palestinian talks. This is the most likely route towards a true two-state solution. Realistically, the Palestinians will not get a better deal from Israel. Thus, those officials and so-called experts who counsel the Palestinians to reject negotiation based on this initiative are doing the cause of peace and the Palestinians no favor.”

“Importantly and usefully, the American ‘Vision for Peace’ also can spur Palestinians to get their own house in order with leaders ready for real compromise with Israel about the disposition of the remaining territories (70%). To Palestinian leaders we say that time is not on your side. The longer you reject peace with Israel, the less independence you might obtain.”

“Israel takes the long view. Its insistence on historical settlement rights, recognition, and security in the Land of Israel are solid and sustainable for the long term. Simultaneously, Israel is serious about settling the conflict with peaceful Palestinians through compromise. We will not be deterred.” 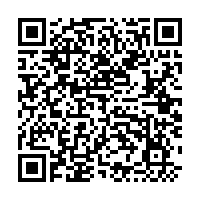