The Oxford University Press is the nearest thing to an authoritative arbiter of the English language. English speakers, unlike the French, do not have an Academie to impose a centrally mandated straightjacket on language. Each year, however, they do decide on “Word of the Year.” This year it was “selfie” (or, as others claim, “selfy”).

The word hit the news last week when President Obama took a selfie cuddling up to the Danish premier Helle Thorning-Schmidt, with the British PM desperately trying to get into the picture. It was at the memorial service for Mandela. OMG, as local teens love to say, (Google it if you don’t know) what has the world come to? Was he so bored he had nothing better to do?


Definitions of a selfie vary slightly. The Urban Dictionary describes selfies as:

“pictures taken of oneself while holding the camera at arms length, also known as being camera raped, where one person takes many pictures of themself on anothers camera.”

“A selfie is a picture of yourself that you take using a camera on a mobile phone or other hand-held device, usually composed of no more than head and shoulders. Selfies are often taken with a pose and/or camera angle that attempts to add a little something unique – not just a conventional picture of someone looking straight at the camera. The domain of the selfie is almost always digital – they are not printed, framed and put on the mantelpiece, but circulated via mobile phones, tablets, etc., for consumption by fellow partakers of social media. Arguably this is the key to their appeal – we can use them to remind each other of what we actually look like, or to put a face to names where acquaintance is restricted to the online universe. But of course another possible reason for the emergence of the selfie is practical – in the analogue era of photography, it was awkward to take a photo of yourself, and potentially rather wasteful to use up one of your precious exposures on a roll of film for a picture that would more than likely be out of focus. Today by contrast, we can snap away, bin anything we’re not happy with, and edit and titivate to our heart’s content to get that all-important image we’re so keen to circulate.”

Experts on the media have jumped in to advise against taking selfies against a background of crime, catastrophe, or irresponsible behavior, as damaging to one’s own image. Uploading such stuff to the various social media options could have a disastrous impact on one’s social life, job, and college applications, not to mention marriage prospects. Certainly Obama’s did not do him any favors.

Other contenders for this year’s “Word of the Year” honors were “twerk” (to wiggle your bottom and other body parts provocatively in public and pretend it’s a dance) and “binge-watch” (to sit mindlessly in front of the television for long periods of time). My expert adviser assures me I am wrong and it’s specifically to watch multiple episodes (like one or more seasons) of a show in succession. Well, there you go. Perhaps we do need an Academy after all to tell us definitively who is right. Either way, they are symptomatic of our current cultural malaise.

This narcissistic preoccupation with self is a sign of our times. Humans have always killed other humans, but modern technology has multiplied the death toll exponentially. Humans have always been self-centered egoists seeking instant gratification. The digital age has allowed many more of us to indulge and exaggerate the amount of self-publicity we scatter around the place like litter (or bird droppings). It does not show humanity in its best light, any more than the embarrassingly bad reality shows or those that allow boring people their two minutes of TV fame. It all proves Rev. Jonathan Swift right. We are a race of Yahoos. Even horses come off as more attractive. 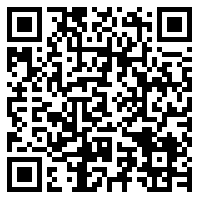