The decision by Senate Minority Leader Chuck Schumer (D-N.Y.) to serve as one of the featured speakers at the upcoming J Street conference should trouble every supporter of Israel. It’s both a boost for Jewish critics of Israel and a disturbing sign of trends within the Democratic Party.

J Street is probably the most effective pro-Palestinian lobbying group in Washington. There are, of course, many groups operating in the nation’s capital with the word “Palestine” in their name. The secret of J Street’s success is precisely the fact that it does not contain the word. It uses its Jewish identity to create a veneer of credibility that masks the fact that its agenda is to pressure Israel to give in to Palestinian demands.


No wonder Schumer didn’t want to be associated with J Street a decade ago. Ten years ago this week – in October 2009 – the New York senator announced that he would not be speaking at that year’s J Street conference in Washington, D.C., following reports that he had accepted its invitation to speak. A few months later, he was interviewed on the Nachum Segal radio show in New York and said:

“You have to show Israel that it’s not going to be forced to do things it doesn’t want to do and can’t do. At the same time, you have to show the Palestinians that they are not going to get their way by just sitting back and not giving in, and not recognizing that there is a State of Israel.”

As we all know, politicians spend a lot of time trying to figure out which way the wind is blowing. It’s the nature of their job to constantly worry about where their next votes and donations will be coming from. Back in 2009, Schumer and his staff evidently sized up J Street and decided (correctly) that it was a radical group on the margins of the Jewish community.

Confirmation of that assessment was soon provided by the Conference of Presidents of Major American Jewish Organizations. Admission to the J Street conference is, in the words of Brandeis University professor Jonathan Sarna, “a symbol of legitimacy.” So in 2014, J Street applied for admission to the Conference of Presidents. It needed the votes of 34 of the conference’s 51 member-groups. It fell far short, losing by a vote of 22-17, with three abstentions. The margin of defeat illustrated that J Street was far outside the mainstream Jewish community.

So, what has changed since then?

Not J Street. Its passionate advocacy of Palestinian demands has not diminished one iota. Which is pretty remarkable, considering that throughout the past 10 years, the PA has continued sheltering and assisting terrorists; filling its schools with anti-Israel and anti-Jewish hatred; naming streets, parks and sports tournaments after murderers of Israelis and Americans; and refusing to even negotiate with Israel. No matter what the P.A. does, J Street remains by its side.

Why, then, has Schumer, who has called himself “a guardian of Israel,” reversed himself and agreed to be a featured speaker at the upcoming J Street conference?

It’s that thing about which way the wind is blowing. The wind’s direction has changed a lot in a decade.

Schumer’s constituents in New York are still strongly pro-Israel – as are most American Jews, according to the polls. But the Democratic Party has changed. Today, the loudest members in the party are congresswomen who say that Jews bribe members of Congress with their “Benjamins” and that Israel is “evil” and has “hypnotized” the world.

Rather than resist this radical element in the party, it seems that Schumer has decided to, in effect, surrender to them. At the J Street conference, he will speak alongside chief Palestinian Authority negotiator Saeb Erekat (an ironic title, since the PA refuses to negotiate); Osama Qawasmah, an adviser to PA dictator Mahmoud Abbas; PLO national council member Bashar Azzeh; and various Jewish left-wing critics of Israel.

I hope that Jewish and Zionist organizations will speak out publicly against Schumer’s disturbing decision. Apparently, he needs to be reminded that the overwhelming majority of American Jews continue to reject what J Street stands for. 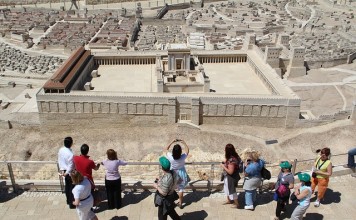 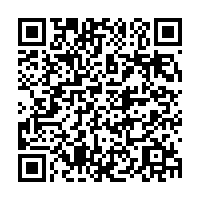