In both this week’s parsha and its haftarah, Yeshaya 42, we are told of Hashem’s mastery of and involvement with the world. As the first verse in the haftarah states (Yeshaya 42:5): “So said Hashem, the Lord, the Creator of the heavens and the One Who stretched them out, Who widened the earth and what comes from it, Who gave a soul to the people upon it and a spirit to those who walk on it.”

With this theme in mind, listen to a personal story. But an introduction is in order.


Rabbeinu Saadia Gaon, Rambam, Ramban, and Kuzari all cited arguments of heretics and then proceeded to dispute them and show the fallacy of their arguments. It goes without saying that I am not on par with such classic seforim, I just want to point out that this approach is a valid and halachically acceptable one.

The intention of such an approach is to strengthen our emunah and today we need to spell out every detail of emunah so that people have what to hold on to as they struggle to withstand the pressures that life will put on them.

Our generation is very different from previous ones. Rav Shmuel Kamenetsky writes in his endorsement of Project Chazon, “We live in a time when many different influences affect our youth and they all have grave questions about G-d’s existence and supervision.” Rav Yisroel Belsky, zt”l, writes similarly that in earlier generations, students were able to glean proper Torah outlooks simply from the lines of the Gemara and from the words of the Chumash with the commentaries. But in our times, students need to be proactively taught the fundamentals and core beliefs of Yiddishkeit.

Now for the story.

He ordered a regular coffee – bold.

Fittingly, he was about to make a pretty bold statement.

We met through a mutual friend and after a few emails, agreed to get together at the local Starbucks, where all great discussions, debates and business deals take place.

“In fact, I can truly say that I know there’s no G-d,” my friend expressed in confidence.

“Wow. I have never actually met a true atheist. You know there’s no G-d?” I queried.

“Have you ever heard of Russell’s Teapot?” he inquired.

I had heard, but I let him review the concept for our discussion.

“The philosopher, Bertrand Russell (1872–1970), put forth the argument that the burden of proof lies upon the believer in G-d to prove G-d’s existence and that the baseline should be that G-d does not exist. Belief in G-d is an unverifiable claim. After all, even believers agree that G-d does not appear clearly in the world as all other entities do. Therefore, it is logically and philosophically unfair to say that an atheist cannot disprove G-d and is thus merely an agnostic. A believer can just as equally not prove G-d either, since it is unverifiable.”

This is what Russell wrote in 1952, “If I were to suggest that between the Earth and Mars there is a china teapot revolving about the sun in an elliptical orbit, nobody would be able to disprove my assertion provided I were careful to add that the teapot is too small to be revealed even by our most powerful telescopes. But if I were to go on to say that, since my assertion cannot be disproved, it is an intolerable presumption on the part of human reason to doubt it, I should rightly be thought to be talking nonsense.”

In other words, those who believe in G-d are never able to truly show that G-d exists, since they claim that G-d is invisible.

I acknowledged the truth of some of what he said.

“It is true that if someone says something exists then the burden of proof lies with them to prove that it exists. But I can show you clearly all the evidence that G-d does exist!”

Even atheists have to face the basic facts.

Among the many arguments displaying Hashem’s existence, it’s the simplest argument for G-d that there is. Still, it eludes so many.

If I see footprints in the sand, do I know someone walked there, even if I cannot know whose they were?

Would a court of law accept the footprints as 100% evidence that a person (or animal) was there?

G-d leaves plenty of footprints for us to know He is there.

We know that the universe exists. Somehow it was set it in motion. Intelligent life forms exist. The universe has such wondrous and diverse complexity. Where did all this come from?

Someone designed your car, right? It didn’t come together on its own.

If such amazing and complex design exists in the world, is it not logical to assume that a designer, called G-d, created it all.

How else can we explain how we got here?

Just because we can’t prove or disprove a heavenly teapot, should we then assume that we got in this world by accident and coincidence? In reality, belief in G-d, the fact that it is highly unlikely that the world came into being by an accident, is quite logical and even simple for the unbiased mind to comprehend.

“I had motives for not wanting the world to have meaning, consequently assumed it had none, and was able without any difficulty to find satisfying reasons for this assumption. The philosopher who finds no meaning in the world is not concerned exclusively with a problem in pure metaphysics; he is concerned to prove there is no valid reason why he personally should not do as he wants to do. For myself, as no doubt for most of my contemporaries, the philosophy of meaninglessness was essentially an instrument of liberation. The liberation we desired was simultaneously liberation from a certain political and economic system and liberation from a certain system of morality. We objected to the morality because it interfered with our freedom.”

There was no more coffee in our cups and we elected not to go for refills. We were both pretty intellectually spent.

But, after much sweat and tears, and many conversations, my friend just may be on the path toward clarity of thought and clarity of the Ribbono Shel Olam’s existence. 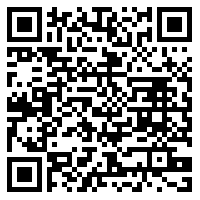