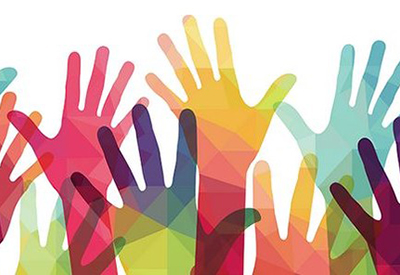 The duality of Shavuot is undeniable: On the one hand is its status as an agricultural festival, marking the wheat/barley harvest and the celebration of the precociousness of the land of Israel, and on the other hand is its historic commemoration of the most remarkable event in the origin story of the Jewish People — the Revelation of the Torah at Mount Sinai.

Passover and Shavuot are connected by family ties — Nachshon, a hero of the Seventh Day of Passover, and Ruth’s husband Boaz, who we read about on Shavuot in the Book Of Ruth, are grandfather and grandson. As the ancient Midrash on Exodus revealed, before G-d split the Sea, saved the Jews and drowned the Egyptian soldiers, Nachshon showed his faith that G-d would keep His word by walking into the Sea up to his nose. In the book of Ruth, which takes place during the Era of the Judges, Boaz led the Jewish people through a time of famine and related unrest, which ended when he met and married the widow Ruth.


The duality of Shavuot is prominent in the Book of Ruth. The story of Ruth and Boaz occurs during the harvest, and Ruth’s decision to accept the Torah as law parallels what the Jewish People did at Sinai on the first Shavuot in our history.

What is more, Passover and Shavuot are connected not only by, but through Jerusalem. Shavuot is one of the three pilgrimage holidays named in the Torah, where the Jewish People are directed to travel to Jerusalem and offer sacrifices in the one location on Earth where G-d decreed that sacrifices be made to Him — the Holy Temple. And who built that Holy Temple? Boaz’s great-great-grandson, King Solomon (Shlomo HaMelech). Solomon, the direct male descendent of Nachshon and the son of King David.

Unfortunately, the rich meaning of Shavuot has degenerated over time to cheesecake and confirmations, unseen even by those who more traditionally observe the Yom Tov. Of course, the Shavuot tradition of studying Torah all night long is a good and a beautiful thing. But there is much more to Shavuot for us in our time.

In order to properly internalize the full context of Shavuot, we must look at what made the men of Nachshon’s and Boaz’s family so distinctive. The most distinguishing trait of this family was the ability to show complete disregard for their own individual wellbeing and step forward into the face of danger.

And in the Book of Ruth, we find out how other members of this family who did not step forward suffered. Ploni Almoni, Boaz’s kinsman, who would not take responsibility for Ruth, loses his place in Jewish history, and we do not even know his name from the Book of Ruth. (“Ploni Almoni” is Biblical Hebrew jargon for “so and so.”)

Ruth’s first father-in-law, Elimelech, fares far worse than Ploni Almoni. When a drought occurred in Israel, Elimelech took his wife, Naomi, and his sons and chose exile rather than providing our people with leadership. He never returned to Israel. Elimelech and his sons died in Moab, and no future generations would come from their family line.

The lessons are clear. First: Those who are blessed with the talent and fortitude to do what is necessary to help a fellow Jew must heed the call. And second: The Land of Israel is precious and must be treasured. This is not just a Zionist belief — it’s a Jewish imperative. This is Shavuot. This is Judaism. This is Zionism.

When Theodor Herzl stepped forward and initiated the Zionist movement, he heard the call.

When Ze’ev Jabotinsky stepped forward and proclaimed it was time to leave behind the character of the ghetto Jew and showed young Jews it was far better to take a stand, he heard the call.

When the resistance fighters in the Warsaw Ghetto stepped forward to battle the Nazis, they heard the call.

When the soldiers of the various Zionist undergrounds and militias stepped forward to defend the new Jewish State in 1948, they heard the call.

When the Refuseniks and the Jewish activists of the 1960s, 1970s and 1980s stepped forward against the totalitarian Soviet Union, they heard the call.

When Israeli intelligence operatives in the 1980s went into the heart of Africa and covertly evacuated Ethiopian Jewish refugees to Israel, they heard the call.

This is Zionism. This is Judaism. This is the love of a brother being responsible for a brother. This is beautiful and it is eternal. Let us be worthy of listening for today’s calls and step forward.

This is what Shavuot demands of us. And the rewards are far sweeter than cheesecake. 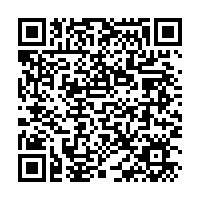