Sheldon Adelson is again under attack in the media. This time the billionaire is being criticized for his effort to target Jewish voters in swing states including Florida, Ohio and Pennsylvania.

Why are the media so infatuated with an established self-made man who is doing what any active political advocate does – educating voters to see his point of view?


In today’s world, money affects politics on both the left and the right. It happens all over the world, not just in the United States, and maybe, just maybe, liberals are nervous because finally there’s someone on the right standing up to them with the force to be heard.

Like many Jews, Adelson votes on a variety of issues, not just Israel. He grew up with modest means as the son of immigrants. He dropped out of City College of New York and built a successful business. As his wealth increased, he turned to the Republican Party after realizing it was not fair to pay a higher percentage of taxes just because he worked to become a success.

I see it as he does. I am a product of the New York City public school system, have worked hard for my money and, according to government classifications, am “rich.” But I have also made many sacrifices to get where I am.

Adelson is surely reflective of changing Jewish demographics that show the Jewish community becoming more observant and traditional. He is reflective of a Jewish community that feels government is putting more strain on the hardworking entrepreneur. Government, local and national, is taxing energetic people who work every day to create opportunities for themselves and others.

Much of the mainstream media’s fascination with Adelson stems from the fact that he is a rarity – a tough Jew, a “Republican Conservative” putting his money where his mouth is, standing up and saying, “I am Jewish, proud and don’t give a damn what anyone has to say about it.”

It is refreshing and great to see. Many in the media are so accustomed to Jewish influence on the left that Adelson surprises and even frightens them.

Adelson is simply doing what his longtime friend Fred Zeidman said months ago he would: “…devote his energy and money to the overriding issue, which is beating Barack Obama.”

In a world where so many wealthy Jews follow the “Torah of Liberalism,” as Norman Podhoretz calls it, what is better than a man working for a strong America as he believes it should be? Adelson and others, like Dr. Irving Moskowitz, are working to make the world better for all who believe in an economically, physically and intellectually strong America – and using their money to help get the message out.

The philosopher Max Nordau has been quoted as telling the Jewish leader Ze’ev Jabotinsky that “the Jew learns not by way of reason, but from catastrophes. He won’t buy an umbrella merely because he sees clouds in the sky. He waits until he is drenched and catches pneumonia.”

America is certainly in a catastrophic situation and it is pouring rain. Sheldon Adelson should be lauded for doing what he is doing.

Ronn Torossian is CEO of 5WPR, one of the largest U.S. PR agencies. He is an active Jewish philanthropist via the Ronn Torossian Foundation. 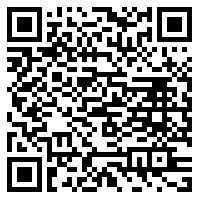