My heartfelt sympathies to you and the American people for the acts of protest carried out in Boston this week during the Boston Marathon. This really is a wake-up call for us all.

You and I must really speak about how to deal with the atrocities and protests, including the attacks on Boston, by these misunderstood activists.

Mister President, I have a great deal of experience in dealing successfully with terrorism and this is why I wish to come to your assistance.

The first thing you must realize is that one can only make peace with one’s enemies. With one’s friends there is no need to make peace. There is no military solution to the problems of terrorism, and this is why you must seek a diplomatic solution. “No Justice, No Peace,” as they say.

You must invite the leaders of this activist organization to the White House to meet with you and perhaps tour Capitol Hill. You must learn to feel their pain and understand their needs. If they turn out to be Muslims, you must offer to turn parts of New England over to them so that stateless Muslims can have their own state. I have no doubt the Muslim world will applaud your efforts.

You must meet the demands of the protesters in full. In addition, you must offer them Internet services and five-star tourist hotels in exchange for their promising to abandon violence. After all, that is how we in Israel, under my leadership, turned Yasir Arafat into a peace partner!

You see, military force serves no role any more. It is passé. It is archaic. Today, economic interests dominate the world and the Islamist activists of the earth will surely make peace in exchange for some profits from participating in global trade.

Whether or not the attack in Boston was committed by Muslims – and as I write this, there still has been no official word – the fact is, you have been insufficiently sensitive in understanding the needs of Muslims. You never paid them for the tea imported from Asia that was dumped into Boston Harbor. You took fundamentalist rhetoric at face value, whereas we in Israel know all this talk is empty and these people simply want peace.

Sure, Muslim fundamentalists praise Hitler and celebrate atrocities, but what is it that they really want? How about sitting down with them in an effort to understand them?

You have been trying to rule over others and failed to be sensitive to their needs and aspirations. You have illegal settlements you have yet to remove from Guam, the Samoan islands, and Guantanamo Bay. You must put your own house in order and eliminate inequality and injustice inside the United States, and then the terrorists will no longer target you.

The key is to build a new order in which everyone is so busy with important matters like developing tourism and making investments in high technology that they simply have no time to pursue violence.

Moreover, if you strike at the perpetrators of terrorist attacks, you will simply extend and enlarge the cycle of violence. Your bombs will no doubt injure some innocent children and civilians alongside any terrorist activists you strike, and that will simply enrage the rest of the world and lead the victims to seek revenge.

Moreover, if you refuse to negotiate with them, their leaders will be toppled and really violent fanatics will take their place. In that case, you will have lost the window of opportunity to make peace. Begin by declaring a unilateral ceasefire!

Mister President, blessed is the peacemaker. Remember the men of Lexington and Concord and their determination to grant self-determination to oppressed peoples. The entire world will support you and congratulate you if you respond to these horrific attacks by disarming the Massachusetts State Defense Force and the Massachusetts National Guard and opening dialogue with the terror activists.

All we are saying is give peace a chance. You will be cheered and awarded another Nobel Peace Prize in recognition of your statesmanship. Do not allow yourself to be drawn into the gutter of violence. Violence never achieves anything. History is no
lesson. History is the dead past. End the cycle of violence. Show restraint. Forgo the juvenile impulse to avenge.

Mister President, the proof is in the pudding. My own peace policies have eliminated war and bloodshed and terror from the Middle East. We no longer have terrorists to deal with in the Levant, only potential peace partners. If you follow in my footsteps, you can achieve the same lofty results.

Al Jazeera Says No To Iranian ‘Liberation’ Of Jerusalem 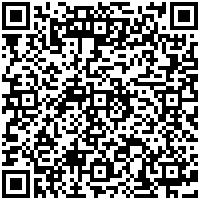