As the violence was escalating between the Palestinians and the Israelis these past two weeks—and the terrible but predictable death and destruction mounted—celebrities like Mark Ruffalo, Mia Farrow, Viola Davis, Roger Waters, American singer Halsey and British pop-star Dua Lipa have taken to social media, slandering Israel and trafficking in classic anti-Semitic tropes about Jews.

Do these celebrities realize that they are parroting the ridiculously false lies about evil Jews in The Protocols of the Elders of Zion, a fabrication Hitler used to justify the mass murder of 6 million Jews during World War II? Have they heard of blood libel—the loathsome charge that Jews wantonly take the lives of the most innocent among us? Do they understand how vile Nazi-inversion is—the false accusation that the victims of the world’s greatest genocide, the Holocaust, perpetrate the genocide of others?

Songstress Halsey casts the Israelis as “evil white people,” when she says, “It is not too complicated to understand that brown children are being murdered + people are being displaced under the occupation of one of the most powerful armies in the world. It is willful ignorance to conflate these simple horrors with religion + geopolitics.”

The Israeli-Palestinian conflict is not about skin color. Fewer than half of the Jews in Israel are of Russian or European descent, and all Jews can trace their lineage back to the Middle East. Halsey is either ignorant of this fact or ignores it. In either case, the fallacious white/brown dichotomy plays on today’s fiery racial tensions and decidedly leans on the anti-Semitic trope of “the evil (in this case racist) Jew.”

Farrow posted a photo of herself with her arm around three Gazan children paired with an image of a war-torn building. The caption reads “Kids in Gaza,” an unsubtle message that Israel is intentionally murdering innocent Palestinians.

Hamas fires rockets indiscriminately, hoping to kill as many Israeli civilians as possible. On the other hand, no country in the world does more to protect the lives of enemy civilians than Israel, which warns residents of pending attacks, giving them time to flee to safety. The accusation that Israel targets the most vulnerable is simply false. It is a blood libel.

One-third of the 4,000 rockets launched by Hamas never make it across the border and fall on its own people. If Mia and friends are concerned about the loss of innocent life in Gaza, why don’t they ask Hamas to remove its rocket-launchers from civilian homes, schools and hospitals, or vacate the inhabitants when the fighting starts? Why don’t they support building bomb shelters (well, there are shelters, but those are filled with weapons, not people) instead of tunnels used to smuggle weapons in?

In a recent video blog, avid Israel-basher Roger Waters, former lead singer and bass player for Pink Floyd, refers to the pending eviction of Palestinian Israelis by their Jewish landlords after years of nonpayment of rent as the “genocidal removal of people from their homes.”

Genocidal? Really? This is not just Nazi inversion but degrades the horrendous suffering and mass murder of millions in the Rwandan, Armenian and Cambodian genocides.

These celebrities veil their aspersions as criticism of Israel, but let us be frank: When they speak about Israel, they are not referring to the Arab citizens who comprise 20 percent of the population; they are talking about the Jews.

Celebrities have the power to spread disinformation to millions of people on social media. The top 13 celebrities on Facebook alone have almost a billion followers. When celebrities comment on international events, their remarks are reported by news publications—most often without rebuttal—spreading the disinformation further.

Where will this invariably lead? Pakistani actress Veena Malik made the short hop to good ’ole fashion Jew-hatred with this quote she falsely attributed to Hitler: “I would have killed all the Jews of the world … but I kept some to show the world why I killed them.”

Today, micro-aggressions against any other ethnic group are forbidden, yet these artists openly disparage the Jewish homeland with their racist remarks. Why do they think that is OK? Is it because thousands of years of institutional and systemic Jew-hatred makes it feel natural? Is it because they feel they don’t have to worry about social or professional consequences?

Anti-Semitism is not just a Jewish problem; it is a human problem. It is an illiberal ideology that undermines pluralism and tolerance, and a virus that destroys societies and souls.

Like everyone else, celebrities have a right to express their opinion in public. However, unlike you and me, they have a disproportionate impact on the conversation. We need to hold them accountable.

Slanderous lies about Israel foment discord and propagate Jew-hatred. This should concern us all. 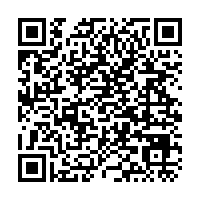