Title VI states: “No person in the United States shall, on the ground of race, color, or national origin, be excluded from participation in, be denied the benefits of, or be subjected to discrimination under any program or activity receiving Federal financial assistance.”


Until now, discrimination against Jews was not covered by Title VI since Jews were seen as members of a religious group, not a separate race or nationality. In his executive order, however, Trump declared Jews to be their own nation so that they now fall under the protections of Title VI.

The vast majority of Jewish groups welcomed the executive order, but several far-left Jewish leaders suggested that the classification of Jews as members of a nation – rather than adherents of a religion – is both inaccurate and potentially dangerous, as hostile governments and others around the world may use it to isolate Jewish communities, arguing that Jews are a nation unto themselves and cannot be considered part of their host countries.

For example, Emily Mayer, political director of IfNotNow – a Jewish “anti-occupation” organization – claimed, “The order’s move to define Judaism as a ‘nationality’ promotes the classically bigoted idea that American Jews are not American.”

The answer to these questions is “No.”

First, the Torah itself repeatedly defines the Jewish people as a nation (e.g., Exodus 19:6, Number 23:9, and countless other places). Although Judaism is a religion, and Jews can be members of all races, Jews are a spiritual nation and are not merely a group of people who happen to follow the same religion. To deny the national component of Judaism is to deny Judaism itself.

Second, everyone knows that the novel idea to include Jews under Title VI protections is just that: a novel idea that was deemed necessary to combat a problem – radical anti-Israel activity on college campuses – that had gotten out of hand. Laws and regulations dealing with thousands of issues are commonly given inventive and creative interpretations to address specific needs.

Anyone in the legal or regulatory fields will attest to this most common convention, just as they will attest to the fact that these novel and legalistic interpretations do not expand beyond the bounds of the laws or regulations for which they were creatively formulated. We can rest assured that no one is going to suddenly question the allegiances of Jews due to an inventive definition that will soon be buried in the books and known only to university lawyers and judges.

Here is just one example of a creative legal interpretation: Religious universities – both Christian and Jewish – that receive government funding are legally classified as nonsectarian. Only their divinity schools are sectarian, with the other schools and departments in the university classified as mere “affiliates” – all while very much retaining their religious identity and teaching religion.

We should gratefully welcome this new executive order. It is an extremely positive development, and fears that it may change the public’s perception of American Jewry are misplaced. 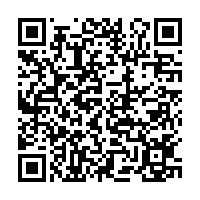