Qatar promised this week to continue delivering aid to Gaza at least through the first quarter of next year, envoy Mohammed Al-Emadi told Reuters in an interview.

In 2019 alone, Qatar spent more than $150 million – with the approval of Israel – to purchase fuel for the only power plant that exists in Gaza, and to also provide monthly $100 cash handouts for nearly 70,000 indigent families in the enclave.


“For the first quarter of the year we are continuing, this is for sure,” Al-Emadi said. “For the rest of the year, I think we will continue, we are looking carefully and positively on this issue,” he said. “After March there is a big chance we will continue this monthly support for electricity and poor people.”

Hamas had requested the extension of financial aid into 2020, Al-Emadi told Reuters. The terror group’s international politiburo chief, Ismail Haniyeh, visited Qatar this week while on his international fundraising tour to discuss the issue.

Since the 2014 summer war between Israel and the enclave’s ruling Hamas terror organization, Qatar has provided more than a billion dollars in reconstruction funding and stipends for poor Gazans.

This week, Al-Emadi visited the enclave to supervise the donation of 22 fire trucks and other emergency vehicles. He also discussed a proposal for new energy and health projects with Hamas as well.

The aid from Qatar has helped calm the internal economic hardships in the enclave, both Israeli and Palestinian Authority officials said. 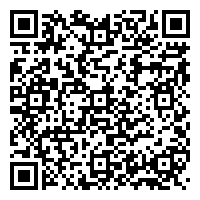