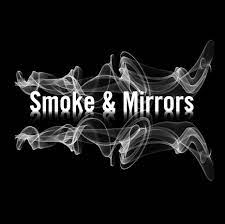 Israeli Defense Minister Benny Gantz’s designation of six Palestinian groups linked to the Popular Front for the Liberation of Palestine (PFLP) as terrorist organizations is a courageous and revolutionary step for Israel.

The six organizations claim to be “civil society” or “human rights” groups, but are, in fact, an integral part of the Palestinians’ war strategy against the Jewish state.


In many ways, it is these organizations, which do not engage in a physical warfare, that are more successful in the fight against Israel. They pretend to stand up for justice, but in reality act as a frontline for the enemy organizations that seek to destroy the Jewish state.

Washington’s demand from Jerusalem to explain why it backlisted the six groups only attests to how much the Palestinians’ combined action of war and propaganda has permeated the American establishment.

The most well-known among the six groups is Al-Haq, which calls itself a “human-rights organization.” The Defense Ministry had no trouble declaring it as a terror group, though, as its officials are members of the PFLP and are known to have participated in terrorist activities.

The groups were also allegedly recruitment centers for terrorists. However, the physical war against Israel has become a secondary component.

Top Israeli security officials and confirmed that a war is being waged against the Jewish state. These institutions take advantage of the legal system and use psychological warfare and propaganda to achieve their goals.

In the past, right-wing governments tried to impose restrictions on Israeli organizations that, for all intents and purposes, do the same job as these Palestinian organizations. These Israeli groups were funded by the left-wing NGO New Israel Fund and the European Union.

For years, such Israeli-Palestinian cooperation has been the cause of many struggles for Israel. They have essentially become the driving force of anti-Israel hatred, including hatred of Jews, throughout the Western world.

The United States, which now demands an explanation from Israel, is a country where the FBI has been instructed by Attorney General Merrick Garland to treat parents who challenge school curricula as domestic terrorists.

Gantz’s move creates another front with Washington, joining the U.S. race to return to the nuclear deal, planning to reopen its diplomatic mission in Jerusalem, opposing the building of settlements in Judea and Samaria and disagreeing with Israel’s methods of battling terrorism.

Gantz is unafraid of criticism by fellow coalition members. A lot more can be achieved that might ruffle the left’s feathers before the state budget is approved.

Gavin Newsom On Whether Men Can Get Pregnant 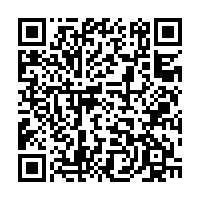