State Department Spokesperson Ned Price on Monday insisted that the US “did not receive a specific heads-up about any forthcoming designations” by Israeli Defense Minister Benny Gantz of six organizations affiliated with the Popular Front for the Liberation of Palestine (PFLP) as terror organizations.

Matt Lee, AP’s diplomatic reporter, was pushing Spokesperson Price on the issue during Monday’s press briefing, who asked: “The Israelis seem pretty convinced that they did tell you that they were going to designate these Palestinian NGOs as terrorist organizations and that they informed you well before the announcement was made. Is that correct, or is there a miscommunication someplace?”


Price responded with a huge pivot: “Well, Matt, we had an opportunity to discuss this on Friday. We believe that respect for human rights, fundamental freedoms, and a strong, independent civil society – we believe they are critically important to democracy and to responsible and responsive governance. And so we are currently engaging our Israeli partners for more information regarding the basis for these designations. At this time, we would refer you to the Government of Israel for an explanation of their rationale for making these designations.”

Lee called him on it: “Okay, but that’s not my question. I’m not asking you to – for an explanation of why Israel did it. I’m asking you if you were or were not actually told about these designations before they were made.”

Earlier this week, Minister Gantz announced (Israel Declares 6 NGOs as Terror Groups — US, EU, UN Not Happy) that following a joint activity of the Shin Bet and Israel’s National Bureau for Counter Terror Financing (NBCTF), which began in early 2021 and was approved by the legal authorities, six organizations belonging to the PFLP were designated as terror organizations because they constitute a network of organizations active undercover on the international front on behalf of the Popular Front, to support its activity and further its goals.

According to Gantz, “Those organizations were active under the cover of ‘Civic Society Organizations,’ but in practice belong and constitute an arm of the Organization’s leadership, the main activity of which is the liberation of Palestine and destruction of Israel.”

But Lee reminded the spokesperson that “on Friday you said that you hadn’t been told, that you were not informed. So the Israelis dispute that and said on Saturday in a public statement that they had told you. And now they’re sending a delegation here to further – according to them, to further explain and inform to you.”

Price responded: “I know that we will be receiving that delegation and hearing what they have to say. But it is, to the best of our knowledge, accurate that we did not receive a specific heads-up about any forthcoming designations.”

Gantz appears to be mad not only at the Americans for not recalling his warning, but he is also enraged about leftist Ministers Nitzan Horowitz (Meretz) and Merav Michaeli (Labor) who protested his unilateral decision and asked not to be surprised by such controversial decisions in the future.

Someone in the defense minister’s circle told Kan 11 News that “even in the future, we will not update ministers who are not relevant to the matter regarding ongoing security operations.”

In fact, Blue&White folks sharply criticized Minister Michaeli’s decision to oppose the move against the PFLP groups and even hinted that she was interfering with the war on terror.

Did Gantz alert the State Dept.? Is he going to throw the transport minister for treason? Does Benny Gantz need a couple of days off just to relax, get a soothing massage, some green tea maybe? Ask Ned Price. 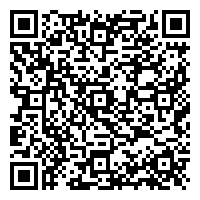