This has been a lackluster summer-fall election campaign, devoid of nearly all passion. With one exception: Incitement against religious Jews and religious parties.

In fact, the venom against Prime Minister Netanyahu that characterized the April election campaign has been bested this month by vituperation against haredi and religious Zionist politicians. It’s hunting season on Jewish tradition, the traditional Jewish family, Jewish scholarship, displays of religious belief, the Rabbinate, rabbinical courts, Shabbat legislation, even religious cultural events.

The anti-religious radical left has a nasty name for all supposed forms of public religious expression and coercion: hadata or religionization. (Not coincidentally, rhymes with abomination).

The granddaddy of the anti-religious rampage is Yisrael Beytenu czar Avigdor Liberman. Also partaking in this festival of atavistic hatred are Ehud Barak, Nitzan Horowitz and Stav Shaffir of the so-called (and certainly to-be-short-lived) “Democratic Camp,” Itzik Shmueli of Labor, and Yair Lapid of Blue & White. The latter is well-traveled in this territory.

They are competing for the votes of, say, 5-10 percent of ardent Israeli secularists who fear “religionization” or detest religion more than they care about the “occupation” of the Palestinians.

The religion-baiting campaigns of these politicians goes way beyond the limits of acceptable debate regarding the role of religion in politics or the appropriateness of legislation that impinges on religious freedom (or guarantees freedom from religion). Their fiery agitation goes way beyond expected (and accurate) criticism of the haredi-ized rabbinical bureaucracy.

The tone and phonetics of their imprecations is plainly self-hating and anti-Semitic. If such campaigning were to be used abroad, every Jewish defense agency would be screaming bloody murder.

I hear things like this: Rabbanim (rabbis) are out to indoctrinate your children and subjugate your women. Datiim (religious Jews) will imprison you (in your home on Shabbat), spoil your food (via kashrut impositions), and restrict your sexual freedoms (especially LGBTQ rights).This is what “Democratic Camp” ads and some Labor social media posts smell and sound like, replete with horror movie soundtracks. The anti-religious fear-mongering crusade is far worse than Tommy Lapid’s Shinui Party infamous anti-haredi ad campaign of 2003.

It’s enough to appear on stage with Rabbis Rafi Peretz of the Yamina Party or Shmuel Eliyahu of Safed to be called a fundamentalist or fascist – according to Barak. It’s enough to praise Transportation Minister Betzalel Smotrich (Yamina) or Deputy Health Minister Yaakov Litzman (United Torah Judaism) for something useful they did in a professional capacity to be declared a bigot, misogynist, and Neanderthal – according to Liberman.

It’s enough to support a bit more Jewish and Zionist education in the mamlachti (non-religious) school system to be declared a dangerous religious storm trooper – according to Shaffir (who, incidentally, is opposed to singing Hatikvah at events of her wild-left social circles). The intemperate Shaffir is swift to blame rabbis for almost every extremist act in the country; including, farcically, the stabbing of a gay Arab by his anti-gay Arab brother in Tel Aviv a few weeks ago.

IT’S TIME TO RE-ASSERT some rationality and moderation in national debates over matters of religion and state, or faith and democracy. It’s essential for the health of our society.

I am convinced that the vast majority of Israelis are profoundly uncomfortable with the anti-religious rabble-rousing described above. Disagreements about faith/policy matters can be adjudicated reasonably out of respect for both tradition and liberalism. And we are, ultimately and unquestionably, a nation of believers and democrats.

Not so long ago, the steadfast leaders of the Socialist-secularist-Zionist left like Prime Minister David Ben-Gurion had no problem articulating their love for Jewish erudition and acting on their desire that all Israeli youth be knowledgeable of Jewish texts.

Ben-Gurion would have angrily rejected the simplistic and false dichotomy that Shaffir and Shmueli, for example, love to fecundate about Judaism and liberalism. “There is no wall of separation (mechitza) in Israel between Judaism and humanism,” wrote Ben-Gurion in 1954. “Our physical and spiritual lives re entirely integrated in one overarching and embracing framework: Jewish sovereignty.”

On November 7, 1955 Ben-Gurion wrote to Education Minister Zalman Aran (who was a Mapai MK, like Ben-Gurion) as follows: “To the extent that I am familiar with our youth (– and it is the best youth!), they are very deficient in Jewish consciousness, knowledge of our historical legacy and any moral connection to world Jewry. You should arrange the educational curriculum in Israeli schools to rectify this, without impinging on other necessary fields of study.”

Aran then established the “Center for Advancing Jewish Awareness” in the Ministry of Education, which created a curriculum for teaching the biblical portion of the week, prayer, Jewish holidays and traditions in the (secular) school system.

Aran wrote that that “Wellsprings of grandeur are embedded in the history and traditional source-books of the Jewish People. We must expand the access of our youth to these wellsprings, without regard for the ridicule of the complacent or the boorishness of the coarse.”

We need politicians like Ben-Gurion and Aran today; men of reflection whose non-religious ideological moorings were secure and deep enough to embrace Jewish and Zionist roots too.

Unlike the scallywags and whippersnappers of the current Israeli election campaign, they didn’t need to clobber rabbis or trample Jewish tradition to form an identity. They didn’t engage in gutter stumping to snag a vote or two. 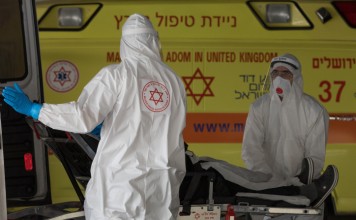