Reb Zev, the magid of Vilna, was a man who never allowed awe of the rich or powerful to sway his views when it came to principle. This marks the difference between a truly great man and others.

There lived in Vilna a man named Yudel Aptov, an ignorant and empty man who, by dint of cunning, amassed great wealth. Through his wealth, he became friendly with the Czarist government officials and he was appointed the most powerful man in the Jewish community. All the Jews despised him, yet feared him, because of his position.

For many years, the Jewish community had been granted the license to collect certain taxes in Vilna. This insured a sizeable income to the community that went for badly needed services.

One year, Aptov decided that he would try to usurp the community’s privilege and get the license for himself. The thought of the profits he could make overcame his feelings of loyalty to the Jewish community.

When the news spread about Aptov’s intentions the community was furious.

“What chutzpah! How dare he take away the righteous income of someone else – especially when this involves the community of Vilna!”

But nothing the rabbanim or other communal leaders could say moved Aptov. He was driven by his greed and was determined to have the franchise.

The day of the bidding for the franchise arrived and the community decided to make one last attempt to get Aptov to change his mind.

Calling a large meeting in the main shul, they asked Aptov to attend and hear their final pleas. Reb Zev pleaded, cajoled and made threats, but Aptov remained stubborn. Every so often, he would steal a glance at his watch to make sure that he had time to leave and be at the bidding.

Finally, when he saw that less than half an hour remained, he rose and said:

“Gentlemen, you must excuse me, for I must go now lest I be late for the bidding.”

He went to the door and prepared to walk out of the shul. To his dismay, however, he tried to open the door and found he could not. It was locked!

“Who took the key?” he demanded. “Let him open it immediately or he will rue the day that he was born!”

“Do not get so excited,” said Reb Zev calmly. “I am the one who locked the door and I have the key. I will keep it till after the time of the bidding is over, then you can do with me whatever you want. I will not allow anyone, however, to do what you are doing against the best interest of the community.”

Aptov turned purple and began to threaten Reb Zev with all manner and punishment.

Suddenly, however, he stopped and smiled: “For the first time I see that a rav is not afraid of Aptov. You win. The franchise will remain in the hands of the community.”

Reb Zev was one of the rabbanim called in to help select a rosh yeshiva for the great Yeshiva of Volozhin following the death of Rav Eliezer Yitzchak. The choice was between Rav Yosef Ber Soloveichik and Rav Naftali Zvi Yehuda Berlin (known as the Netziv).

Both were great scholars, but they were different in several ways. Rav Yosef Ber was an extremely deep thinker while Rav Naftali was more direct but still conversant with every aspect of the halacha.

Similarly, Rav Yosef Ber was very strict with halacha while Rav Naftali Zvi was strict only when it came to himself and lenient with the general public.

The story is told that one year on the fast of Shiva Assar B’Tammuz, several guests were at the Netziv’s home.

“We know that this is an important fast day, but we must continue on our way and we feel weak. Are we permitted to break the fast?” They asked the Rav.

“Certainly,” said the Netziv. And he hurried into the kitchen to bring food to the weary guests. As he served them himself, he said: “Since you are legally permitted to eat, the fast day does not exempt me from the mitzvah of welcoming guests.”

The Netziv himself listed another difference between himself and Rav Yosef Ber, one that stemmed from his own modesty.

“When Pesach comes,” said the Netziv, “I say Shehecheyanu with joy over all the mitzvos that I have done and looking forward to those I will do. Rav Yosef Ber, on the other hand, says it with trepidation. He is worried whether he is truly fit to perform future mitzvos.”

However, the Netziv was also very wary about meticulously performing every mitzvah no matter how “trivial” it might seem to others. He was great in learning and G-d-fearing too. 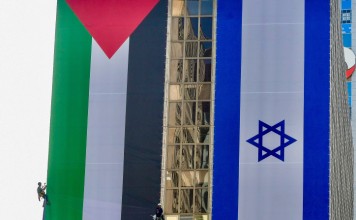