A leisurely Shabbat stroll around town recently turned a calming experience into a rather upsetting one, as graffiti sprayed on quite a few buildings in my neighborhood defaced the beautiful Jerusalem stone with the words; “Dabru Ivrit/Speak Hebrew”!

While not naïve to believe that this is part of a constructed effort to enhance the speaking of Hebrew, its wording reminded me of the endless times that speaking to a family member or friend in the language of this article resulted in those passing by or eavesdropping saying the exact same retort as well.


While both seem to be an attempt to listen in and understand a conversation that, frankly, is none of their business, this two-word graffiti hit on a more essential issue that concerns almost any Oleh who devotedly went as Avraham  “from your land, from your birthplace, from the home of your ancestors, to the land…” (Beresheit 12:1) that is very different from whence they originated. Once the move is made, the challenge arises as to the extent of changing the habits and customs from the old country, amongst them the language in which one will speak at home (and in public) with those that comprehend your own mother tongue.

All the more so when it comes to Hebrew. While modern Hebrew is not totally synonymous with the original “holy language,” many of the common words and terms we use are part of it. Thus, in the view of the Rambam when speaking Hebrew, one is fulfilling one of the “easy” mitzvot (Interpretation to Tractate Avot 2:1). Finally, there is no question that knowing modern Hebrew would make the study of Torah all the more easier and accessible.

Therefore, while born in the U.S., I am very happy that G-d has privileged me the ability to speak, write and teach equally in both.

Having said that, the majority of those who have made Aliyah (myself included) have decided to continue speaking in the language of their origin, be it at home or with friends.  It’s my humble opinion that, while learning the new language of the land should be encouraged, this decision is correct for a number of reasons.

First, I wouldn’t want to have an artificial conversation with a close family member or friend.   Forcing them to express themselves in Hebrew, rather than their mother tongue, in the most intimate conversations about the most private aspects of life, would be an experience that would be far from real and authentic. A home, or a profound conversation with a friend, should be a comfortable setting, where the conversation should flow naturally, something not always possible with a newly acquired language.

Second, knowing a foreign language is a useful and precious commodity to posses when living in a global village. New doors, otherwise closed, can open before an applicant for a job if one knows more than the formal language of the land. As one who is responsible for training and placing spiritual leaders around the world, I can personally attest that many families, equipped with a strong ideological motivation to “go on shlichut,” to serve their brothers and sisters abroad, is very limited to have not realized, as they don’t possess the language of the community they would like to serve.

But moreover, communities and schools around the world, together with many students visiting Israel for a short time, are sadly not the ultimate beneficiaries of quality bnei/bnot Torah families from Israel, interested in having the best of the Israeli educational system serve them for a few years, as the applicants, even when holding a foreign passport of that very country (i.e.- originating from there themselves or through their parents,) do not speak the language at a level in which a substantial impact can be placed.

Thirdly, I have argued before that the beauty of the Jewish People is its inner diversity within the boundaries of Halacha. I believe that the attempt for all to speak the same language joins other attempts since the founding of the state to have all residing in Israel be exactly the same. From the attempt to have just one state school system, to praying in one Nusach for davening in the IDF (known as Nusach Achid  or the “one” version), these attempts, amongst many, were thankfully not successful. Even Israel’s religious community today is a diverse one, and it’s my humble opinion that hearing different languages in the public thoroughfare adds to this beautiful tapestry. 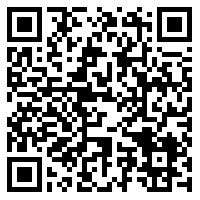