Sports have always played an integral role in modern life, connecting popular culture with patriotism and nationalism. But the NFL, and football in general, are unique to the US.


In the Middle East, the name of the game is always politics. People follow politics the way Americans follow sports. Visitors to the region get a solid dose of politics from shopkeepers and cabdrivers; after all, it’s in the bazaars where politics are practiced.

Conversely, Americans are devoted to their games, particularly football. This is best observed overseas during the Super Bowl, when American football fans abroad hunt with an almost religious fervor for outlets where they watch the game.

In the Stone Age prior to the internet, this was a lot more challenging. I recall linking up to a Lebanese cable station to watch the Super Bowl at a time when Israel was short on both cable and American sports. Today, American-style sports bars like Mike’s Place and others provide the desired access for Americans and Israelis alike. The sharing of football cements both our camaraderie and our devotion to the sport. It represents a timeless Americana, and watching it en masse unites us.

But sports are not immune to politics and radicalism. On the contrary: they have become vehicles with which to inject them directly into the American home and the American psyche. This is both good and bad.

During the Iran hostage crisis of 1979-81, when 52 Americans were held hostage at the US Embassy in Tehran, a sign of hope was delivered via football. The 1980 Super Bowl between the Pittsburgh Steelers and the Los Angeles Rams featured an official shout-out to the hostages during the game, and a young journalist named Alex Paen managed to smuggle a cassette recording of the game into the embassy so the hostages could hear it. As it happens, some of the Iranian hostage takers had studied in the US, and they too were glad to be able to hear the game.

The hostages were released five days before the 1981 Super Bowl between the Raiders and the Eagles in New Orleans. The Superdome was dressed with an enormous yellow ribbon, a symbol the hostage families and many Americans had put on their houses during the crisis. Many of the hostages spent their sixth day of freedom doing what Americans do—they watched the Super Bowl.

Fast forward to 2020. A cultural crisis involving class and race has erupted that empowers certain minority groups to speak out and demand their “rights.” In the process, hatreds and prejudices are being exposed and catapulted around the world.

The latest example came from Philadelphia Eagles wide receiver DeSean Jackson, who posted several antisemitic messages on Instagram. These included a quote he misattributed to Adolf Hitler claiming that the Jews “will extort America” and “have a plan for world domination,” connoting the infamous antisemitic early 20th century pamphlet “Protocols of the Elders of Zion.”

Jackson later apologized and was invited by Holocaust survivor Edward Mosberg to visit the Auschwitz concentration camp. Tellingly, Jackson said, “I grew up in Los Angeles and never really spent time with anyone from the Jewish community and didn’t know much about their history. This has been such a powerful experience for me to learn and educate myself.”

He continued, “I want to take the proper steps to let people know that I never intentionally had any hatred in my heart, I never wanted to put the Jewish community down, I want to educate myself more and help bridge the gaps between all different cultures.”

Many of the problems we see today stem from ignorance that is amplified by social media, which has a massive and instantaneous reach. Genuine education is desperately needed, not one-liners and off-the-cuff responses that rattle around inside social media echo chambers.

As a lifelong Eagles fan, I was hurt by Jackson’s comments. Here in Philadelphia we all bleed green—we embrace the team’s underdog spirit and the personas of Vince Papale and Rocky Balboa. That spirit should help us want to understand and learn about one another and our individual and collective histories.

As an Eagle, Jackson should learn what the 1981 Super Bowl meant to the returning hostages and the kind of hope it gave them as Americans held against their will in Tehran.

We are seeing a significant uptick in all forms of racism right now, but antisemitism is a form of racism as well, and it needs to be understood if we are to uproot it. The NFL can help by leading the way. In the process, it would give Americans another reason to cheer for their teams. 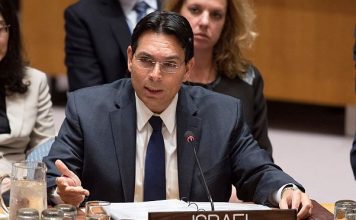