According to America’s first president, George Washington, “If freedom of speech is taken away, then dumb and silent we may be led, like sheep to the slaughter.” As journalists and writers, it is of critical importance that all be allowed to express ourselves in an atmosphere free of intimidation, censorship and scare tactics.

When I agreed to speak at the Jordan Option Conference, I was hoping to be able to deliver my talk in such an atmosphere.  After all, the conference took place at the Begin Heritage Center, not some far left wing college campus in the United States.

She then complained that I spoke out against the torture of detainees in Jordan, alleging that Israel also tortures Kahanists and that I have no right to mention the mistreatment of women in honor crimes in Jordan since honor crimes also happen to occur in Israel.  At this point, my boss David Bedein shouted back at her that she came to the wrong conference. I added that her points should have been made during the question and answer period.  And Ted Belman, the conference organizer, stressed that there is no comparison between Israel and Jordan.  After all, Israel does not have a law that mitigates punishment for honor crimes if the husband suspects that his wife committed adultery or even perceived her to behave in an a sexually immodest manner.  In addition, Israel places these women in shelters and does not place them in detention in protective custody, where in Jordan such women are tortured and even sexually abused. The legal system in Israel, unlike the legal system in Jordan, does not encourage honor crimes.

However, this lady did not care about the facts.  By this lady’s own admission, she did not care about Jordan’s human rights record and only wanted to hear about how Jordan is Palestine.   But instead of politely going out and taking a coffee break until the next speaker spoke about something that interested her more, she chose to stay and to interrupt my talk.

Raphi Dobrin in his review claimed that I should learn to “edit and tailor” my speech so that the audience would not “grow restless.”

It is clear that he did not read the program.  I was allotted 30 minutes to talk. My speech dealt with a very complex issue, Jordan’s oppression of dissidents and human rights abuses within the Hashemite Kingdom. It is a lengthy topic touching upon the plight of Christians, Bahais, Jews, Druze, women, dissidents, journalists, human rights activists, gays and lesbians and Syrian refugees, among other things.  My talk would have ended 30 minutes had I not been rudely interrupted.  By saying that I should “have edited and tailored my speech,” the reviewer essentially gave into the censor, who in my view is learned tricks from Students for Justice in Palestine activists who routinely interrupt talks given by IDF soldiers, Israeli diplomats and other Israelis who speak on college campuses in the US.

I spoke to both Mudar Zahran and Michael Ross after my talk, two figures who stood behind the Jordan Option Conference.  Both of them approved my speech and liked my delivery.  Furthermore, crowds of people came up to me after my talk.  Only one other member of the large audience agreed with what the interrupting lady had to say. Another felt that lady was rude but that I should have shortened my talk.  The rest felt that what that lady did was uncalled for, loved what I had to say, and felt that it was a pity that such a great talk was interrupted.

A female audience member approached me afterwards and said it was a pity that the only female speaker at the conference was interrupted by another woman.  Censorship of ideas, which is what this lady did by interrupting my talk, should always be condemned at every available opportunity, especially when the censor is trying to silence a journalist and author speaking out against human rights abuses.  Thanks to this lady’s tirade, I was not able to share critical information on the persecution of gays and lesbians within Jordan. By going on her aggressive tirade during my talk, she behaved like a tyrant rather than a participant in a conference within the democratic state of Israel.

Unfortunately, as an author and journalist, I have experienced censorship first-hand.Yet, I have always drawn comfort and been inspired by the remarks of one of America’s Founding Father, and perhaps its greatest printer/editor, Benjamin Franklin, who said, “If all printers were determined not to print anything till they were sure it would offend nobody, there would be very little printed.” 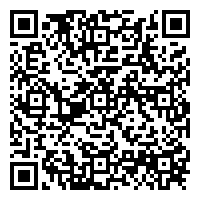