Writing in the Times of Israel, Elhanan Miller tells us:

The move came in response to an appeal by Public Security Minister Gilad Erdan last month, following an increase in verbal and physical violence by activists from the Murabitun and Murabitat groups, composed of men and women respectively, against religious Jews visiting the holiest site in Jewish tradition, where the first and second Temples once stood.

Israel’s policies on the Temple Mount represent its integrity as a nation.

Israel’s current policies of forbidding non-Muslim prayer on the Mount and limiting non-Muslim access to the site represents a measure of national uncertainty.  It is symbolic of a major crack that goes right down the Zionist vision of a free and secure Jewish national home.  It represents the measure of Jewish resolve… or lack of it.

This news story, however, is hopeful.

That Israel maintains a prejudicial policy in regards to the Mount is a disgrace.  All people of any religion should be allowed access to the site for the purpose of prayer, if they so wish.  It should not matter whether the individual is Muslim or Christian or Jewish or Rosicrucian or Pastafarian.  Any other policy is illiberal, unjust, and not representative of the kind of Enlightenment political principals that Israel is grounded upon.

These Muslim groups that are organized specifically to harass Jews on the Mount, or at least all non-Muslims, are absolutely despicable.  I almost hesitate to embed a video of their behavior because I find it heinous and hard to watch, plus I know that my readership is likely well aware of it.  The one below is a little something that I nabbed from the Elder.

It is utterly obnoxious for these hideous women in their full burqas to scream “Alahu Akbar” at Jews visiting the holiest site to the Jewish people and I sincerely hope that Israel is honestly committed to preventing this kind of behavior in the future.

There is much to admire in Moshe Dayan, but his decision to hand over the Mount to the Waqf – whatever that is, exactly – does not speak well for the man and Israel has been paying for it ever since.  The Arabs use the site as a sort-of wedge.  They want to dislocate us from wherever we are within our traditional home and the Temple Mount, given its significance, is the perfect place to start.

The ironic thing, of course, is that even as they seek to make non-Muslim lives miserable anyplace within the Arab world, they simultaneously claim that Jews are trying to oust them from the Mount, even as Israeli policy favors them above everyone else.

What I would love to see is for Israel to simply take over the site.  Start by expelling every soul and then implement a policy of access that is fair and equal to all.  They will scream bloody murder from the Muslim capitals throughout the world, but so what?  They hate us already – and have continually done so for fourteen centuries due to religious reasons – so what difference does it make?  If they complain to the Europeans or the Obama administration, simply tell them in a straight-forward manner that it is Israel’s new policy to allow everyone equal access.  Even hostile elements like the Obama Administration are in no position to suggest that a just policy is somehow unjust… maybe.

“This is an assault on al-Aqsa, because these women defend al-Aqsa,” the Muslim cleric told The Times of Israel in a phone interview Wednesday. “It shows that the Jews covet al-Aqsa mosque and want to drive all Muslims out of it.”

Sabri dubbed the decision “a dangerous precedent that takes place nowhere but in the occupation state of Israel.”

The racism embedded in such a statement is obvious and sincere.  “These women defend al-Aqsa”?  Yes they defend it from the filthy Jewish presence on the holiest site to the Jewish people.

In any case, I am pleased to see Israel beginning to stand up for itself on this issue.  It is, at least, a step in the right direction.

“You Jews learned alot from the Nazis.”

Well, there you have it.  Jews seeking equal access to the holiest site of the Jewish people means that we are just like Nazis.

The logic is impeccable.

The eternal question, of course, is, “Why do they hate us so much?”

In the case of the “Arab street” it is due to religious reasons.  These are not good reasons, but at least they are comprehensible reasons.

The Europeans have no excuses and I am sure that they will do well to trade their tiny Jewish minority for a large influx of refugees from throughout the Arab world. 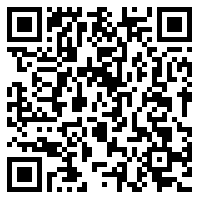