When Rex Tillerson was nominated as secretary of state, the pro-Israel community harbored concerns about his reported closeness to Jim Baker, ties to Arab states such as terrorism-financier Qatar, and minimal knowledge about the Arab war against Israel.

Still, we hoped those nagging concerns would prove unfounded and that Tillerson would implement President Trump’s anti-terrorism, pro-Israel policies and drain the notoriously biased-against-Israel swamp at the State Department.

Trump’s courageous speech in Riyadh appropriately blamed extreme barbaric Islamist ideologies for terrorism targeting innocent Jews, Christians, and Muslims. The president sensibly insisted that we must “honestly confront the crisis of Islamist extremism and the Islamist terror groups it inspires” and “cut off the financial channels” that enable terrorism.

Stopping worldwide terrorism requires honestly confronting Islamist genocidal incitement to murder Jews. There cannot be a double standard when Jews are the victims. Because every method that Palestinian Arabs “pioneered” for murdering Jews – suicide bombing, truck ramming – is copied by terrorists in Boston, Nice, and elsewhere.

Disturbingly, however, the State Department terrorism report never mentions that the PA pays terrorists to murder Jews. Shockingly, the report instead re-characterizes the PA’s heinous payments as helpful “financial packages to Palestinian security prisoners…to reintegrate them into society.”

If we are serious about stopping terror, we must also honestly confront the fact that Abbas has been inciting the ongoing deadly wave of terror by repeatedly rebroadcasting his Islamist call to spill blood to prevent Jews and Christians from “defiling” Jewish and Christian sites in Jerusalem the Muslims claim as their own. We must honestly confront the PA leadership’s constant incitement against Israel and Jews in PA schools, children’s camps, mosques, and media.

Instead of confronting these issues, the State Department terrorism report whitewashes the PA, falsely asserting that explicit PA calls for violence are “rare” and that the PA “leadership generally does not tolerate it.”

Roskam wrote: “The State Department report includes multiple findings that are both inaccurate and harmful to combating Palestinian terrorism…. At the highest level, the Palestinian Authority leadership incites, rewards, and, in some cases, carries out terrorist attacks against innocent Israelis. In order to effectively combat terrorism, it is imperative that the United States accurately characterize its root cause – PA leadership…”

Absurdly, instead of acknowledging that PA incitement causes Palestinian Arab terror, the State Department terrorism report instead wrongly blames “lack of hope in achieving statehood” (although Palestinian Arabs repeatedly rejected generous statehood offers in 2000, ’01, and ’08); “Israeli settlement construction in the West Bank” (an excuse that says the very presence of Jews living in the historic, legally designated Jewish homeland justifies killing Jews); “settler violence” (although this is virtually non-existent); “the perception that the Israeli government was changing the status quo on the Haram Al Sharif/Temple Mount” (although PA President Abbas’s incitement caused this false “perception”); and “IDF tactics that the Palestinians considered overly aggressive” (although IDF anti-terrorism methods are humane, reasonable, and necessary steps such as weapons checkpoints and arresting murderers).

The State Department document also woefully under-reports the number of Israelis murdered by Palestinian terrorists, and tries to turn incidents of Jewish teenagers painting graffiti into capital cases, while ignoring and downplaying the real capital cases of Palestinian Arabs murdering and maiming Jews.

Notably, Tillerson was previously involved in denying and sanitizing the PA’s horrendous financial rewards to terrorists. At a June 13 Senate Foreign Relations Committee hearing, Tillerson testified that he was informed the PA had changed its pay-to-slay policy. PA officials immediately contradicted Tillerson’s testimony, telling Reuters that the PA’s “martyr” payments to terrorists “are not going to be stopped.”

Given that the PA is still paying Arabs to murder Jews, it is shocking that the State Department report whitewashed PA payments that help drive terrorism.

We need a State Department that honestly confronts the PA’s genocidal Islamist ideology and incitement. Secretary of State Tillerson is incapable of leading such an effort and must be replaced. 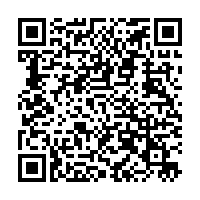