Jordan’s King Abdullah II is reportedly slated to arrive in Ramallah next week for a personal visit with Palestinian Authority leader Mahmoud Abbas, according to multiple sources in the region.

Abdullah, whose visit is expected to last several hours, last traveled to Ramallah five years ago.


The timing of the event is particularly notable, coming barely a week after the level of Arab violence in Israel has returned more or less to “normal” and Muslims returned to their prayers on the Temple Mount following weeks of violence last month.

The riots were allegedly a response to security measures taken after three Israeli Arabs murdered two Border Guard Police officers at the holy site, but information that has come to light in recent days makes is clear that other factors were involved. Incitement to violence against Israel from the Jordanian Parliament, the Palestinian Authority government, and also Tehran, was also involved.

Jordan is the official custodian of the Temple Mount, known to Muslims as the Haram al-Sharif — the Noble Sanctuary — and pays the salaries of the Islamic Waqf Authority that is tasked with operations at the site, including maintenance of the grounds and the two mosques therein, the Dome of the Rock and the Al Aqsa mosque. Israel agreed to the arrangement after the 1967 Six Day War, during which the site was captured by the IDF along with the part of the capital occupied by Jordan in the 19 years prior.

The Hashemite monarch’s visit also follows news that Palestine Liberation Organization Secretary-General Saeb Erekat, who also has served as the long-time chief negotiator for the Palestinian Authority, is seriously ill with pulmonary fibrosis and needs a lung transplant in order to survive. Erekat has quietly been receiving medical care in an Israeli hospital for more than a year, and has been taking an experimental medication that kept the condition basically under control for even longer. But in recent months the drug lost its effectiveness, and now Erekat is on a transplant list in the United States as well as in Israel, albeit as a non-citizen in the Jewish State, which places him at the bottom.

Palestinian Authority General Intelligence Agency chief Majid Faraj has been appointed to take his place while Erekat is undergoing transplant surgery and during recuperation, or if and when he can no longer work. Faraj provides continuity since he has attended all important meetings with major figures in the international arena; he is reportedly well-liked and gets along with his Israeli counterparts. The down side of this appointment is that Faraj is not fluent in the English language, and so will have difficulty in any negotiations involving the United States and Europe.

Abbas, 82, himself also was in the hospital this past weekend for what was rumored to be “exhaustion” after having undergone blood tests and x-rays for an alleged “routine check-up.” Last year during a similar incident it turned out Abbas was suffering from heart problems and required a surgical procedure following a spate of tests and cardiac catheterization.

The Climax Of The Holocaust Was The Second Exodus 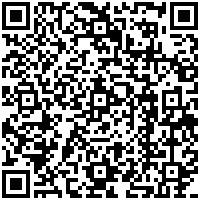