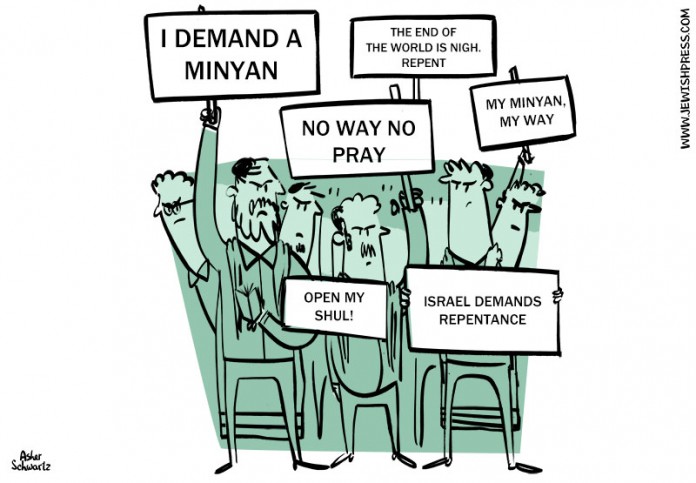 As I was reading Bruce Backman’s ill-conceived op-ed (“De Blasio And Cuomo Have Declared War On Us,” October 2) I couldn’t help think about my father whose first yahrzeit just passed.

In the mid 1960s, my father bought a new car, a 1965 Chrysler Newport. It was a great car. It had a powerful V8 engine, power steering, and eight side windows, six of which could be opened (which was important in the days when air conditioning was not a standard feature).


What the car did not have was rear seatbelts. This did not sit well with my father, who was always ahead of the safety curve. He made the Chrysler dealer take the seatbelts out of the front seat of his old car and put them in the back seat of his new one.

I mention this because when my father died, I was determined never to miss a day of saying Kaddish for him – and I didn’t, until shuls were closed down because of the pandemic. I was told of a rogue minyan in my neighborhood, but I declined to go.

I know my father (who never missed saying Kaddish for his parents) would have agreed with my decision. I also know that my father would have been furious with Mr. Backman’s op-ed. He would have pointed out – rightly so – that it advocated the violation of two prime Jewish commandments, piku’ach nefesh and chillul Hashem.

Mr. Backman speaks of filled subways when, it fact, ridership is down by roughly 70 percent. He talks of riots and mobs as if that somehow justifies putting Jewish lives in danger. Our government has no objection to shuls and yeshivahs being open. Indeed, my shul in Manhattan has reopened without incident. But, in my shul, we observe the precautions mandated by the government.

Mr. Backman claims his five-year-old son is not at risk of getting sick or dying from Covid-19 and therefore should be allowed to go to school without “oppressive rules.” In fact, the government’s Centers for Disease Control and Prevention (CDC) states that while children are less likely to be infected than adults, they can get sick and “spread the virus that causes COVID-19 to others.”

In other words, teachers and principals are at risk of being infected by their students. Or is Mr. Backman suggesting that we send our children to school unsupervised?

Mr. Backman worries that the current rules in place are teaching young children to become afraid of germs. He should be more worried about the parents of these children becoming sick or, G-d forbid, dying. I guarantee the death of a parent is far more traumatizing to a child than germs.

Covid-19 has already killed 200,000 people. That’s one statistic Backman cannot deny and should not ignore. Indeed, even President Trump has been stricken with the disease.

Mr. Backman writes that our Constitutional and divinely-given rights and freedoms are being infringed upon. What rights and freedoms is he referring to? All the government is asking is that we wear masks, stay six feet apart from others, and properly ventilate our public buildings.

Is that what Mr. Backman considers oppressive? Well, Mr. Backman, I used to think that wearing a seatbelt was an oppressive violation of my freedom. Of course, I was five years old at the time; what’s your excuse?

Backman also writes that de Blasio and Cuomo want to destroy our way of life. Indeed? Are they forbidding us to observe Shabbos? Are they outlawing kosher food? Last time I checked, the eruv in my neighborhood was still intact.

Are the rules being imposed on shuls any different than those being imposed on churches or mosques? Are yeshivahs being held to a different standard than public schools? If not, you can hardly accuse the mayor and governor of being anti-Semitic.

Covid-19 is spiking in Jewish neighborhoods and the newspapers have not been shy about pointing this out. Not only are Jewish lives in danger, but we are seen as flouting efforts to control the pandemic. Does Mr. Backman really want to hand anti-Semites ammunition against us?

Mr. Backman calls the mayor and the governor our enemies, yet de Blasio and Cuomo are trying to save Jewish lives while Mr. Backman is promoting actions that put Jewish lives in danger.

Back in the 1960s, people could not be bothered to wear seatbelts, and lives were lost as a result. Were my father alive, he would tell Mr. Backman that not only is there a government mandate to take proper precautions during a pandemic; there is a halachic obligation to do so.