The problem with “administrative orders” in Judea and Samaria was dramatized recently when Neria Zarog decided to protest an order distancing him from his home on Kumi Ori Hill in Yitzhar for three months. Zarog, a goat farmer and the father of two, was arrested in Yitzhar during the last week of the three-month period after chaining himself to an iron frame. (He is now back home.)

According to Honenu, a legal aid organization, there are still some 50 administrative orders currently in force. “This is a recurring nightmare for Jews in Judea and Samaria,” notes Nati Rom, a Honenu attorney who represented Zarog.

Administrative orders are also often enforced by brutal police methods. Zarog received multiple injuries during his arrest, and settlers have been brutally interrogated and subjected to humiliating conditions – on par with those reserved for the most hardened terrorists – after being arrested.

Zarog was served with a distancing order (tsav harchakah), a common type of administrative order requiring the recipient to stay out of Judea and Samaria and/or not to contact certain people for a given period of time. The person who receives a tsav harchakah has to leave his home and job and relocate, usually to a place within the Green Line, thus suffering loss of income, added rental expenses, and disruption of family life unless he can afford to move his family with him.

In democratic countries, a person’s home is considered his castle. Therefore, if a government banishes a citizen from his home, the expulsion must be based on clear legal grounds. He must present a clear and present danger (“a ticking bomb”).

This principle is clearly understood in Israel when it comes to persons other than Jewish settlers. In the case of Ajuri v. IDF Commander, for example, the IDF sought to compel three individuals who had been involved in terrorist activity to move from Shechem to Gaza for two years. They might well have constituted a clear and present danger, but appealed their expulsion and, in July 2002, the Supreme Court ruled in their favor.

Israeli Chief Justice Aharon Barak stated, “In principle, removing a person from his dwelling place and forcibly moving him someplace else causes serious harm to his self-respect, his freedom, and his possessions. A person’s home is not only a roof over his head; it is the means for establishing physical and social relationships. A number of a person’s basic human rights are harmed when he is forcibly removed to another place, even if such a move does not involve an international crossing.”

Even B’Tselem, an organization whose declared goal is “to end Israel’s occupation,” has spoken out against administrative orders. In 2011, B’Tselem issued a statement saying, “Undoubtedly the state should act determinedly against ‘settlers’ who harm Palestinians and their property, but the way to achieve this is via criminal proceedings and not administrative orders that are based on confidential information.”

The use of administrative detention is based on regulations enacted by the British Mandate government in 1945. Under current law, it empowers military commanders in Judea and Samaria to detain a person for a maximum of six months where there is a “reasonable basis for believing that the security of the region or public security necessitates.” It may be extended for an additional six months, and there is no maximum cumulative period.

Administrative detainees must be brought before a military judge within eight days. However, hearings are held in camera and the regular rules of evidence don’t apply; a judge may admit evidence without revealing it to the detainee or the detainee’s representative.

Administrative detention is a necessary weapon in fighting actual terrorism – e.g., plots to carry out suicide bombings and the like. But Jewish residents of Judea and Samaria may be served with administrative orders for nothing more than being active in the settler cause – e.g., distributing posters (this happened to Akiva HaKohen, a resident of Yitzhar).

In the words of Louis René Beres, professor emeritus of political science and international law at Purdue University, “The point of these orders, of course, has been to quash anti-government dissent in various West Bank Jewish communities.” In essence, those who are adamantly opposed to the ideology of “land for peace” are being persecuted for thought crimes.

Let’s hope that the release of Neria Zarog will be followed by an end to the use of administrative orders against Jews who represent no danger to the community, and whose only “offense” is their determination to build up the land of Israel. 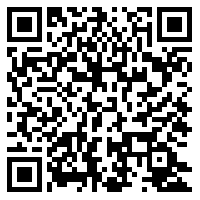