A few weeks ago, my wife and I traveled to Israel for a two-week stay. I was scheduled to speak at various venues, but the main purpose of my visit was to meet a young lady who came into the world around one year ago.

She is my newest grandchild and, even leaving aside a grandfather’s natural bias, I would still insist she is one of the most beautiful young ladies I have ever seen.


She is named after my daughter-in-law’s grandmother who was a Holocaust survivor and whom I had the privilege to meet on two occasions.

I suppose there can be few more terrible ironies than the fact that she was born in a Polish town called Oświęcim. It became better known by its German name, Auschwitz, because of the death camp the Nazis built next to it. She would eventually be sent back to die in the place she was born, but somehow, inexplicably, she survived.

I used to travel regularly from England to Antwerp, Belgium to give shiurim. I stayed with someone who recalled a surprising incident from his youth.

He was walking with his father to shul one Friday night when he saw a man walking towards them. He carried a newspaper under his arm and my host, who was then nine years old, assumed he was a non-Jew.

As they passed, the man stopped and addressed my friend’s father by name and, continuing in Yiddish, asked, “Reb Shmuel, vu geist du?” (Where are you going?).

The man shook his head as he replied. “Shabbos? Ich hob nit di velt oder di vat tzu kumen.” (Shabbos? I have neither this world, nor the world to come.) And he walked on.

My friend’s father explained to his puzzled son that the man was a grandson of one of the great Rebbes of the Sansz chassidic dynasty. His wife too came from chassidic “royalty.”

Both had gone through the horrors of the Holocaust and both had survived, but they had lost their faith after the indescribable hell that was Auschwitz.

The Rebbes of Satmar and Belz said that anyone who went through that horror and lost their faith would not be held to account by heaven’s beth din. It was simply too big a test.

Yet many, in fact, very many, inexplicably, impossibly survived Auschwitz with their faith intact and whole.

My new granddaughter’s great-grandmother was one of those.

When I first met her in Bnei Brak 10 years ago, there was simply no way of knowing that the old lady with the warm smile had experienced a life that was in any way out of the ordinary.

And I simply do not know how she and those like her could have survived, let alone moved on, built a life, brought children into the world… and learned to smile again.

How many long lines of the young and the old had she witnessed trudging their way to where their souls flew back to heaven among the smoke and ashes of the crematoria’s chimneys?

Another of my daughters-in-law is the deputy head of the IVF laboratory in Jerusalem’s Shaare Tzedek Hospital. During our trip, she offered my wife and me the opportunity to come and see her lab and the work carried out there. This turned out be a unique and breathtaking experience.

Looking at a screen on a state-of-the-art incubator and watching a cell become two and then four and then finally enough to be transferred to its mother, where it will hopefully grow into a child, is beyond exciting. It is witnessing a miracle and arguably the greatest one of all. I’m still not sure if I have fully come to appreciate what I saw and its significance.

I was invited to look into a large pot-like container filled with liquid nitrogen. Inside, thousands of potential lives lay sleeping and dormant.

I pictured thousands of souls in heaven, fervently hoping that these tiny potential babies will wake and allow them to travel to this world to fulfill their promise and potential.

And I wondered how many couples sitting nervously outside would have their sadness and worry swept away by the astonishing skill of the people who work so dedicatedly to bring those souls into the world.

Seeing such a lab would be breathtaking wherever in the world you visited it; seeing it in the place I did, was infinitely more astonishing.

Some rabbinic voice said that the souls that were so cruelly taken from the world by the Nazis came back in the years since then to continue their journey. Some might even say that the little girl named after her saintly great-grandmother whom I think (without bias) is one of the most beautiful young ladies I have ever seen actually shares her soul.

I am not qualified to know if they’re right, but as we drove into Ben Gurion airport, I saw that someone had sprayed on a wall, “Am Yisrael Chai!”

That graffiti is absolutely right. Against all odds, sleeping Jewish lives continue to wake and souls travel to join them, now once more in their own land. They are keen to live and, like us, be part of a miraculous and inexplicable story, the story that is Am Yisrael Chai. 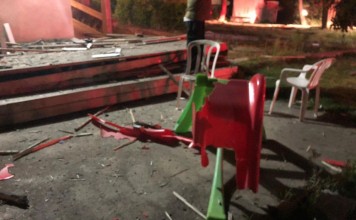 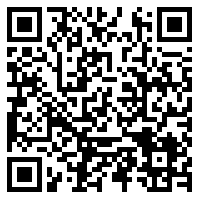