[Editor: This article is being published less than an hour after Hamas once again broke the ceasefire during negotiations with Israel]

A rickety ceasefire has been reached in Gaza and Egyptian officials are despairingly attempting to broker a long-term comprehensive truce between Israel and Hamas. Discussion regarding a truce centered on various security arrangements in exchange for trade access to the Gaza Strip. Israel hoped to ensure that Hamas would be unable to rebuild its rocket arsenal and military capabilities, while Hamas wants the Israeli blockade of goods and people into Gaza lifted.


However, we have seen this same song and dance several times before. Every few years since Israel’s unilateral withdrawal in 2005, Israel is goaded into an incursion against Hamas, only to back off after a few weeks when international pressure mounts.

Once truces have been reached and Israel withdraws, Hamas uses the calm to rebuild its terrorist infrastructure and launches further attacks into Israel, forcing Israel to respond with more large-scale incursions. This routine has become so regular, Israeli officials have even come to refer to this practice as “mowing the grass.”

Many Israeli’s believe that they will never completely eliminate their enemies; so, the practice of mowing the grass is seen as a necessary act at degrading Hamas’ abilities to launch attacks and keep them off-balance. However, if we are judging by history, every time Hamas rebuilds their infrastructure, they are stronger than they were previously.

The blockade on Gaza was imposed after the openly anti-Semitic terrorist organization Hamas, – founded solely for the purpose of destroying Israel and killing Jews – was democratically elected to take over governance of the region in 2006. Hamas utilized tunnels to smuggle weapons, equipment, and information into the region, in order to attack Israelis. Interest in eliminating the smuggling tunnels led to the various incursions. However, each incursion became more difficult than the last. Tunnel systems have been growing more complex, weapons have become more advanced, and the Hamas militants are becoming more battle hardened.

When the 2012 cease-fire was brokered by then-Secretary of State Hillary Clinton, one of the concessions in the cease-fire agreement involved the easing of a blockade on building materials and other dual-use goods that Israel had place on Gaza.

Clinton’s interest in a speedy cessation of the violence, as well as a quick ‘win’ for the administration led her to foolishly take Hamas leaders at their word as they pledged to use the building materials for schools and homes. Instead, Hamas lied and the materials were used to build a complex labyrinth of tunnels; including one just outside of the Kibbutz Nir Am were a terrorist plot on the Kibbutz was thwarted.

The administrations interest in a hasty end to the violence led to a situation that disregarded Israel’s security needs. This recent incursion has surprised Israel. The size, quantity, and complex nature of the tunnels; as well as the discovery of large stockpiles of rockets, explosive devices, and the equipment needed to kidnapping scores of Israeli’s was far beyond all of their intelligence estimates.

Hamas is not interested in helping the Palestinians better their lives. Hamas is a terrorist entity with absolutely no interest in anything other than fulfilling their goal of destroying Israel – a goal they will gladly pursue on the backs of dead Palestinians. With a new cease-fire agreement, especially one calling for lifted blockades; we will only see more terror tunnels and future incursions into Gaza.

The stated goal of Israel’s incursion is the elimination of Hamas’ terror infrastructure, allowing Israeli residents in the area to live in safety without constant indiscriminate terror. If Israel does not stop Hamas now, the next time Israel launches an incursion into Gaza it will most likely be as a response to a terror plot, like the one planned on Kibbutz Nir Am, which was successful.

Additionally, now is the best time to quash Hamas, as they are unlikely to get any help from their allies. The Egyptian government is no longer a friend to Hamas after the Egyptian military overthrew the Muslim Brotherhood government. ISIS has destabilized the Middle East and has left Hamas’ allies unable to come to their aid.

Operation Protective Edge has allowed Israel to eliminate a large portion of Hamas’s tunnels and seize scores of weaponry. Along with a lack of assistance from their allies, Hamas is now at its most vulnerable. It is imperative that Israel continues their incursion and rejects any long-term truce that does not involve the complete elimination of Hamas and its infrastructure. 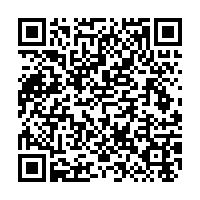