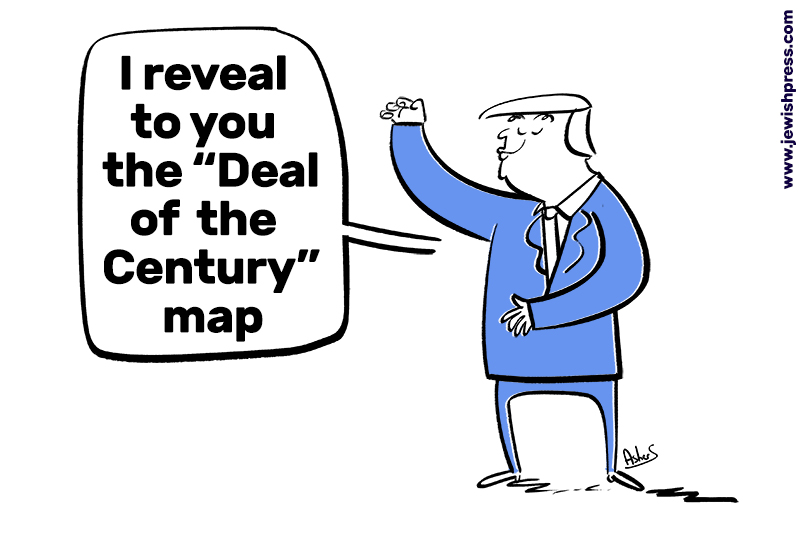 The publication of the U.S. “Peace to Prosperity” plan has created tremendous confusion and uncertainty in both the Israeli and American political environments. Most of those in the business of analyzing and advising on matters concerning Israel and the Middle East have been hesitant to speak about the plan, either because they are afraid to criticize the right-wing leaders headlining it (and standing for re-election) or because the plan’s implications are too convoluted for easy analysis.


The plan is a game-changer. For the first time, Israel’s historic and legal rights have been not only acknowledged but embedded as the cornerstone of a vision for the future—a vision that aims to ensure Israel’s security. “Peace to Prosperity” is a fresh approach to an entrenched conflict, and it has the potential to change the world—which is why it is so surprising that Israeli politicians at the forefront of this election cycle have been remarkably non-committal, issuing wishy-washy policy pronouncements that say both yes and no to the plan in the same breath. Sweeping the dangers inherent in the plan’s current iteration under the rug until after the elections, Israel’s politicos continue to rely on over-masticated campaign slogans to lull voters into a false sense of complacency.

Some on the right have been more vocal, but not more clear. The first statements by right-wing politicians began to surface more than a week after the publication of the U.S. plan, but even now, weeks later, the public hasn’t been given much to go on. These politicians have “cherry-picked” the elements of the plan that dovetail with their own, embracing its green-light for the extension of sovereignty to the Jordan Valley and portions of Judea and Samaria while rejecting the creation of a Palestinian state—neither approving nor rejecting the plan.
Regavim, a non-government organization that for over a decade has been analyzing facts on the ground and using data to build maps that clarify Israel’s shifting political realities and challenges, has done precisely the opposite. Analyzing the “conceptual” territorial division that lies at the heart of the Trump plan, Regavim has drawn a new map that reflects the reality that will result if the plan is implemented.

Regavim’s conclusions are unequivocal: While the plan presents an important vision that should serve as the basis for future negotiations, there are a number of crucial adjustments to the maps at its heart that must be made before the Israeli government embraces it. A number of “red lines” are crossed that must be addressed: The plan currently provides a blueprint for a Palestinian state that will place nearly every inch of the Land of Israel in harm’s way, and cedes significant sections of sovereign Israeli territory in areas bordering Gaza that are currently providing strategic depth and crucial land reserves for Israel’s future security and development.

The failure of Zionist organizations, spokespeople and politicians to speak clearly about these dangers is nothing short of alarming. The false sense of complacency with which our leadership’s silence has muted the discussion borders on malpractice.

Israel’s and America’s upcoming elections are fateful. Not only will these elections be considered a referendum on the Trump plan, they will determine who conducts the negotiations moving forward. The days leading up to these elections are a window that will close immediately after the ballots are counted and a government is formed—regardless of who wins. If no clear message is conveyed by Israel—immediately—negotiations after the elections will take this silence as tacit agreement.

A Netanyahu-led unity government, which seemed an impossibility before the Trump plan was launched, will become a welcome solution to Israel’s political deadlock, and will be at liberty to negotiate with the Palestinians on the basis of the uncontested plan. Netanyahu will claim that the elections were a referendum on the plan, and the deal will be done. If Blue and White leader Benny Gantz becomes prime minister, the road ahead is even more clear.

The political situation in the United States is no less crucial a factor. American presidents are elected to protect American interests—and these often shift. For this reason, Israel should not adopt the Trump plan before the U.S. elections—just as the U.S. administration has asked the Israeli government not to implement sovereignty over any territory until after Israel’s elections. The next U.S. president will be the one to determine whether the Palestinian Authority has made sufficient moves to indicate serious engagement in a peace process. The next U.S. president will interpret the grey areas of the plan; the next U.S. president will have to evaluate and approve Israeli actions on the ground. And there is a world of difference between the approaches of the candidates from the two major U.S. parties.

If Trump is re-elected, the version of his plan eventually ratified by Israel will serve as the basis for negotiations. It is therefore crucial that the threats to Israel’s security are corrected before Israel embraces the “conceptual maps.” If, on the other hand, Trump is not re-elected, the “Peace to Prosperity” vision may prove to be a dangerous black hole into which Israel will fall without a safety net of deniability: If Israel were to approve the plan now, enforcing a building freeze and essentially agreeing to the creation of a Palestinian state west of the Jordan River, the next U.S. president would begin the conversation from there, and not necessarily hold the Palestinian side to its obligations—which is precisely what happened under the Oslo framework.

There is every reason to believe that the Palestinians will not live up to their end of the deal, and every reason to believe that a Trump administration won’t allow them to get away with it—but will Trump’s successor, whenever he or she takes office, hold the Palestinians to the same standard of compliance? Israel could easily find itself in having traded things it cannot afford for promises that the Palestinians have never made.
Now is the time for the public to educate itself. Israeli voters should be asking very basic questions: What will the map look like if the plan, in its current form, is implemented? Which of the parties asking for our votes will speak out against the dangers presented by the plan? Which of the candidates will articulate Israel’s basic needs, and demand the necessary adjustments to the “conceptual maps” that will serve as the basis for negotiations?

American voters should be asking themselves even more basic questions: Who among the candidates supports Trump’s policy, which acknowledges Israel’s historic connection to the Land of Israel and recognizes Israel’s legal rights in Judea and Samaria? Which candidates support the fictitious narrative of Palestinian victimhood that has fueled rejectionism, violence, bloodshed, poverty and ignorance for decades?

It’s time for the public to demand clear answers. Israeli and American Zionist voters deserve to know who and what they are voting for. 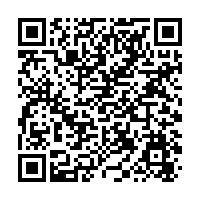