Saudi Arabia on Thursday suspended visas for visitors wishing to reach Islam’s holiest sites for the Umrah pilgrimage, as part of measures to stop the spread of the coronavirus, Asharq Al-Awsat reported Thursday.

The Umrah (the meaning in Arabic is literally ‘”to visit a populated place”‘) is an Islamic pilgrimage to Mecca, the holiest city for Muslims, in the Hejazi region of Saudi Arabia. Unlike the Hajj, which has specific dates according to the Islamic lunar calendar, the Umrah can be undertaken any time. It includes two rituals: circling the Kaaba stone, nad visiting the site where the angel visited Hagar in the book of Genesis.


“The Kingdom’s government has decided to take the following precautions: suspending entry to the Kingdom for the purpose of Umrah and visit to the Prophet’s mosque temporarily,” the Saudi foreign ministry said in a statement, adding that they also suspend “entry into the Kingdom with tourist visas for those coming from countries in which the spread of the new coronavirus (COVID-19) is a danger.”

According to Asharq Al-Awsat, Saudi Arabia has had no cases of the coronavirus but it has been spreading in some neighboring countries.

On Wednesday, Qatar ordered the evacuation of Qatari and Kuwaiti citizens from Iran due to the spread of the coronavirus, the Qatari state news agency reported.

Iran’s president, Hassan Rouhani, said Iran was not planning to quarantine whole “cities and districts” in response to the coronavirus outbreak, which has already killed at least 19 people in Iran and infected 139 others. 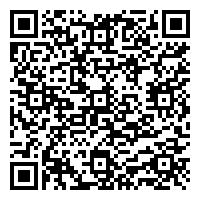