Prior to gaining independence in 1956, British-ruled Sudan had good relations with the Jewish community in Mandatory Palestine and later with the State of Israel. Khartoum did not take part in the 1948 war and in the early 1950s, prominent figures in its leadership maintained contacts with Israeli officials. After independence, however, as Sudan was swayed by Egyptian President Gamal Abdel Nasser’s extremist pan-Arab policy, Israel turned its sights to the mostly Christian South Sudan, whose pursuit of autonomy had triggered a bloody civil war even under British rule.

The beginning of practical relations between Israel and the south was in 1968, when PM Golda Meir agreed to send Mossad operatives to the region in an attempt to weaken Sudan’s support for Nasser’s pan-Arab policy, manifested inter alia in the September 1967 Khartoum Summit’s infamous “Three Nos”: No peace with Israel, no recognition of Israel, and no negotiations with Israel.

At her meeting with rebel leader Joseph Lago, Meir said: “If you have a chance to reach a peace settlement with the north, we will not stand in your way.” Sure enough, Ja’far Numeiri’s rise to power in a military coup in 1969 set in motion a reconciliation process that three years later culminated in a peace treaty that preserved Sudan’s territorial integrity while acquiescing to the south’s demand for regional autonomy.

Due to growing political and economic difficulties, Numeiri was forced to apply sharia law throughout Sudan, including its southern part. This in turn led to the resumption of the north-south war in 1983. South Sudan eventually gained independence in July 2011 and shortly afterward signed a peace agreement with Israel.

Interestingly enough, despite his political difficulties, Numeiri supported Anwar Sadat’s peace policy and even secretly assisted in the transporting of Ethiopian Jews to Israel via Sudan in the early 1980s. However, Omar Bashir’s rise to power in a military coup in 1989 greatly intensified the regime’s Islamization under the influence of Hassan Turabi, who had also driven Numeiri to apply sharia, with Khartoum becoming a central plank of the Islamist terrorist axis.

In 1991-93, Sudan provided sponsorship and a base of operations to Osama bin Laden and many al-Qaeda terrorists who were forced to flee Saudi Arabia. It became a close ally of the Iranian regime as well as an important source of supplies to Hamas, Hezbollah, and other terrorist organizations in Somalia and Yemen. According to foreign sources, Israel has repeatedly interrupted arms deliveries to terrorist groups, including the destruction of a convoy of trucks carrying Iranian missiles to Hamas (January 2009) and an attack on an Iranian arms ship in Port Sudan.

After the International Criminal Court in The Hague issued an arrest warrant in July 2008 against Bashir for crimes against humanity (and later for genocide) committed in Darfur, where some 350,000-500,000 men and women were murdered in 2003-05, Bashir’s adviser told the US ambassador to Khartoum that “if things go well with the US, maybe you can help us with Israel, your closest ally.” This was the first time the establishment of relations between Israel and Sudan had been raised as a distinct possibility, though that did not stop the regime’s support for the “axis of terror,” thus transforming Sudan into an arena for a covert war between Israel and Iran. In October 2012, for example, Israeli fighter jets attacked a weapons factory near Khartoum that belonged to Iran’s Revolutionary Guards—a factory that produced long-range Shihab missiles and other weapons to be smuggled into Gaza and Lebanon.

With Sudan subsequently joining the Saudi-led coalition of Sunni Arab states, hints were renewed regarding the possible establishment of relations with Israel. In January 2016, FM Ibrahim Ghandor was quoted as saying, “The issue of normalizing relations with Israel can be examined” in exchange for the removal of US sanctions on Khartoum. In response to the media storm caused by these remarks, Bashir explained that he had been “advised to regulate his relations with Israel” in order to ease Sudan’s economic predicament.

These hints, which were probably intended to signal to the West the seriousness of Sudan’s intention to abandon the “axis of evil,” were supported by opposition figures who believed that “there is no justification for Sudan to show hostility to Israel and pay a political and economic price for it.” Opposition cleric Yosef Koda, for example, argued that Islamic law allowed normalization of relations with Israel and that Sudan should do so, while Foreign Investment Minister and Umma Party leader Mubarak Fadel Mahdi said in August 2017, “There is no problem with normalization with Israel.” (In doing so, he closed the circle, as he is a relative of Umma Party leader Sadeq Mahdi who was the first Sudanese leader to meet with Israelis in the 1950s.)

After the 2019 coup that toppled Bashir, a provisional government was set up to govern the country in the run-up to the 2022 elections as an uneasy compromise between the will of the people to see the end of military rule and the military’s ability to cling to the levers of power. President Abdel Fatah Burhan and his deputy Muhammad Hamdan Deklo, both army generals, are powerful remnants of the old regime, while PM Abdullah Hamduk and Supreme Court President Na’mat Abdullah Muhammad Khair are supposed to represent the will of the people as senior civilian representatives to promote reform and change.

The Provisional Government suffers from internal disagreements on a variety of issues and from constant attempts by the military to take over, but it was the only way out of the deadlock after the coup. As such, it received the blessing of the Egyptian, Saudi, Ethiopian, and UAE governments as well as that of the US and most of Europe.

The internal disputes within the provisional government produced different approaches to normalization with Israel. While Burhan and Deklo pushed in this direction in order to improve Sudan’s international standing and have it removed from the US list of state sponsors of terrorism, Hamduk opposed the move mainly out of fear of antagonizing public opinion.

The February 2020 Entebbe meeting between PM Netanyahu and President Burhan, at the invitation of the Ugandan president and the orchestration of US Secretary of State Pompeo, was a significant breakthrough in normalizing Sudanese-Israeli relations and was accompanied by numerous publications from Sudanese sources about the imminence of normalization. Indeed, on October 23, the US, Israel, and Sudan issued a joint statement on the normalization of relations between Khartoum and Jerusalem. This step follows the peace agreements between Israel and the UAE and Bahrain and helps cement the nascent regional axis that features Israel as a highly prized ally rather than a vilified enemy. Time will tell to what extent this step will help the provisional Sudanese government overcome its internal differences and reach the 2022 elections as a functioning and effective body. 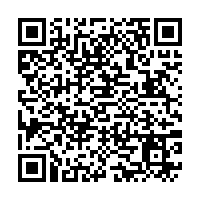