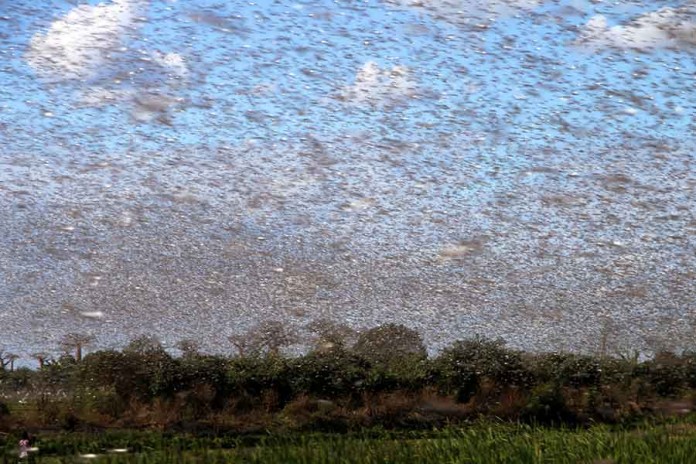 As science has discovered the causes and processes of more and more natural phenomena, Providence has taken a hit. The majesty and mystery of G-d’s world has seemingly retreated as we’ve become immersed in the details behind the curtains, the cogs clanking against one another in the machine.

Nowhere is this conflict in sharper relief than in the stories of Yetziat Mitzrayim, the 10 makkos (plagues), and the splitting of the Yam Suf.

Take, for example, the swarming locusts, a plague from the Biblical era to our own. How and why do these swarms take place? A recent study in Environmental Microbiology, undertaken by Israeli scientists, finds that gut bacteria called Weissella spike in swarming locusts. The authors of the study suspect that the bacteria, which more easily reproduce during swarms, may be an important link in the causal chain that produces swarming in the first place. If it can be proven that this is the case, scientists will work on coming up with new ways to counteract the spread of this bacteria and, along with it, plagues of locusts.

As additional studies come out, we may expect to gain further knowledge of locusts and their behavior patterns. Eventually, we may gain a much more complete understanding of just how and why the plague of locusts occurred in Egypt, lending credence to the notion that it was a completely natural process.

Should we, descendents of those Israelites who witnessed the great plague of locusts so long ago, be troubled that it may eventually be explained as a natural phenomenon? Would that indicate to us, G-d forbid, that in fact the plague of locusts was not a meaningful expression of Divine Providence?

I don’t believe that this should be a concern at all – not so much because it is impossible that the miraculous plague of locusts took place in a natural manner, but rather because once we understand what a nes (miracle) is, we need not be troubled by this question.

In general, we assume a miracle must express the great Divine Will. Of course, upon short reflection, we recall that nature does no less than this. “How many are Your works, G-d! All of them, You perform with wisdom. All the earth is filled with Your riches” (Tehillim 104:24). We do not seek anything out of the ordinary; we should generally experience the world and natural processes as a great blessing. That being the case, Rabbi Joseph B. Soloveitchik, in his work Emergence of Ethical Man, points out that we have never assumed that a miracle is something that must necessarily break the laws of nature.

“The word ‘miracle’ in Hebrew does not possess the connotation of the supernatural,” he writes. “‘Miracle’ (pele, nes) describes only an outstanding event which arouses amazement… As we read the story of the exodus from Egypt, we are impressed by the distinct tendency of the Bible to relate the events in natural terms… Behind the passages in the Bible we may discern a distinct intention to describe the plagues as naturally as possible.”

“In what, then, does the uniqueness of the miracle assert itself?” he asks, answering: “In the correspondence of the natural and historical orders.” When G-d orchestrates the needed natural process at the just the moment we need it in history – be it a plague of locusts or the death of the first born – that is a great banner (nes literally means “a banner”), a sign and symbol of His care, kindness, and wisdom.

As we learn more about what causes locusts to swarm, we pray that we gain enough knowledge to prevent them from harming people and praise G-d for blessing us with a remarkable world and the responsibility to be its caretakers. Likewise, we seek to be more like miracles ourselves. If locusts can be a sign – a natural symbol – of G-d’s care and involvement, then certainly we can and should strive to do no less. 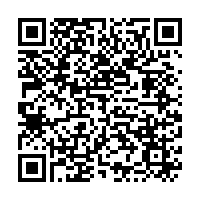