With predictable petulance, the Palestinian leadership has been deliberately raising tensions on the Temple Mount, seeking to exploit the sensitive preelection season in Israel to further strengthen its hold on the holy site.

In recent weeks, both in word and deed, the Palestinian Authority and the Jordanian-Palestinian Wakf Islamic religious trust have engaged in a reckless campaign of incitement and slander against the Jewish state that culminated in a fire-bomb attack on an Israel Police station on the Temple Mount on Tuesday.

This latest escalation, coupled with the Wakf’s repeated flouting of Israeli law, warrants a quick and firm response by the government to bolster Israel’s sovereignty at the Jewish people’s most sacred site.

The trouble began anew last month, when thousands of Palestinians forced their way into a compound near the Gate of Mercy, or Golden Gate, on the Temple Mount, with the aim of turning it into a mosque. The area had been sealed by court order in 2003 to prevent the Wakf from carrying out illegal construction at the site and destroying priceless Jewish artifacts from the period when the Temple stood.

After the Jerusalem Magistrate’s Court said last week that it would issue another order empowering police to close the site, Wakf chairman Sheikh Abdelazeem Salhab defiantly vowed to ignore the ruling, and said the new mosque would “remain open for Muslims to pray.”

This brazen violation of the status quo on the Temple Mount was accompanied by vicious vitriol aimed at sparking acts of violence by Palestinians.

Consider, for example, the remarks made by official PA spokesman Yousef al-Mahmoud, who asserted that Israel is seeking “to carry out its schemes to control al-Aqsa Mosque and obliterate the Arab features of Jerusalem.” Fatah spokesman Osama Qawassmeh was equally harsh, warning, “Tampering with holy sites, especially al-Aqsa Mosque, is a direct call for violence.”
Yet, as a study published by the Jerusalem Center for Public Affairs on February 28 revealed, it is none other than the Palestinians themselves who are guilty of “tampering with holy sites.”

That study, by Nadav Shragai and Lenny Ben-David, underlines the extent to which the Wakf has been thumbing its nose at Israel and the status quo on the Temple Mount for decades.

IN 1967, when Israel liberated the site, the report notes, “There was only one functioning mosque there.”

With the latest attempt by the Palestinians to transform the Gate of Mercy compound into another Muslim prayer area, the number of mosques on the Mount has now swelled to five.

It is time for such weakness to end. The Jewish people did not wait 19 centuries to return to the Temple Mount only to see control over the site slip through its fingers.

While the government has taken steps in recent years to make it easier for Jews to visit the Temple Mount, with the number reaching over 30,000 in 2018, this is hardly sufficient to counter the ongoing attempts by the Palestinians to seize control over this sacred ground.

Instead of giving in to the Wakf’s threats and mischief, Israel needs to reassert its full sovereignty over the area. A good place to start would be to punish the Wakf by reducing its presence at the site, and stripping it of much of its power to decide what goes on there. It is simply absurd that a foreign body controlled by the Jordanian government and the Palestinian regime are allowed to administer the primary holy site in the heart of Jerusalem, even as it periodically whips up violence against Israel and Jews.
Furthermore, the discriminatory practice of preventing Jews from praying on the Temple Mount must come to an end. Denying Jews their fundamental right to freedom of worship there for fear of offending Palestinian sensibilities is a stain on Israel’s democracy.
Through apathy and indecisiveness, successive governments have effectively allowed the Wakf to wreak havoc on the Temple Mount and erode Israeli rule.

The latest crisis surrounding the Gate of Mercy compound presents the Jewish state with an opening to turn the tide of the past few decades, and send a clear and unequivocal message as to whom the Temple Mount truly belongs. One can only hope that this opportunity, like others before it, will not be squandered. 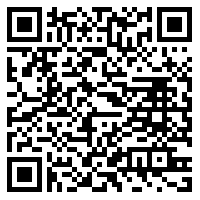