Games. Tests. Contests. Spelling Bees. All these techniques are widely used in the classroom today, mostly because we tend to think they are good motivators. What better way to ensure that our students are doing their spelling homework than to stage a spelling bee at the end of the week? What easier method to ensure that they are really studying their brochos than by sponsoring a schoolwide brochos contest with much fanfare? And what could be a more surefire way to achieve student cooperation than to set up a class chart (complete with little gold stars) in the back of the room and to present a hefty prize to the most cooperative at the end of the school year?

Now picture this: there are children in a room, competing in a contest of who can build the best tower. The judge walks in. He walks around the room, examining the towers, and then chooses the winning tower. The child who wins stands tall, chest out, grinning at those around him. The children who did not win look away, some might try to speak but their voices will crack. Others might knock their towers over.


Are any of the “losers” still proud of their tower? Are they proud of themselves for having participated in the contest?

In her book, The Confident Child: Raising Children to Believe in Themselves, social psychologist Terri Apter describes the above situation as part of a research experiment that she conducted in graduate school. In reality, the judge was declaring the winning tower at random. The aim of the study was to observe children’s responses to success or failure. The youngest children (two- and three-year-olds) barely responded to winning or losing, but Apter remembers observing the older children’s expressions as torture. Many of the “losers” were too embarrassed to even face her and others hunched over and stared at their ankles, willing their tears to go away.

It might not be a popular stance, but there’s something about contests and prizes that makes me uncomfortable, and the more experience I have in the field, the more I find that the only students who are getting motivated are the ones who would be motivated anyway. The others – well, if you never won a spelling bee or brochos competition, then you know how they feel.

According to Richard Lavoie, author of The Motivation Breakthrough, “the only person motivated by competition is the person who believes that he has a chance of winning.” Your top ten students will buckle down and get to work, in search of the ultimate prize. The rest of the class is sitting there saying, “I can’t wait till it’s over.” The other thing that we never consider is the unspoken subliminal message – “In order for me to succeed, my classmates will have to fail.”

What are we teaching our kids? The boy in the back of the room who is struggling with his learning is no doubt completely tuned out to these educational tactics. He’s just trying to survive. But what about someone else, who really thought he had a shot?  Who was up half a night preparing, but somehow messed up at the last minute and had to be disqualified from the competition?  Here was a kid who was really and truly motivated.  My guess is that we just succeeded in un-motivating him.

There are those who feel that competition is healthy and that it is a good way to prepare children for the rigors of adulthood where only the best succeed. I think that is a pretty difficult argument to uphold. A person can go through life, whether he is learning Torah or working at a job, and become successful just because he gave it his best shot.   And in real life you can choose your competition, so to speak. You’re not going to enter the marathon if you can’t run a mile. You’re not going to compete to become the next partner in the law firm if you haven’t yet passed the bar. In a classroom situation, every student is forced to join and face challengers who are might be superior to him or her in different ways. What we end up doing is dashing our children’s confidence by creating competitions that test only one type of intelligence.

Working with children who are struggling with their learning, I find that these contests and competitions are not only irrelevant to them, they just serve to deflate their egos even further. I know that in certain ways these techniques bring a sense of anticipation and excitement to a classroom. When you spend close to ten consecutive months together with a class of thirty young people, you have to do something to break the monotony, and a class competition is an obvious choice. I still say, be careful.  Consider making different types of competitions, ones that don’t only require academic achievement, but other important life skills and study habits. Just remember that there are another twenty-nine bright-eyed hopeful young people out there who would have been thrilled to receive the same recognition.

Alternatively, there are games and contests, which can be held that can be manipulated to reward the whole class. There are events, which can emphasize teamwork, so that weaker students can be essential to the success of their peers. There are a wide range of activities and projects that can be held so that even the students who struggle are given the opportunity to shine. I know that means more effort and brainstorming on the part of the mechanchim who are already overworked and overtired. But it could make a tremendous difference in the lives of our students. We can help them gain confidence and resilience. 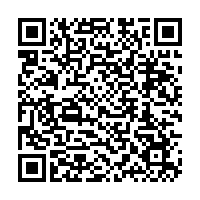