With the release of the Winograd Commission report, the question whether Prime Minister Olmert will resign has dominated Israeli news. A large rally of his opponents took place in Tel Aviv demanding that he accept the report’s critique of his conduct of last summer’s Lebanon war and step down. Some ideological leaders from both the Left and the Right did not participate in the demonstration – the rightists arguing that the organizers of the rally were not against Olmert’s ideology, the leftists fearing his successor would not share theirs.

I believe that in the Jewish religious tradition, accepting responsibility is the fundamental quality required for leadership. In the biblical description of the struggle between Joseph and his brothers, Joseph, the visionary, becomes the vice-ruler of Egypt. Yet when Jacob blesses his children he proclaims the descendants of Judah to be the future kings of Israel. The qualities shown by Judah in the story outweigh the open leadership of Joseph.


Judah makes serious mistakes. He is the originator of the plan to sell his brother. In the account of his relationship with his daughter-in-law Tamar he does not keep his promise nor does he act morally. In each situation, however, he accepts responsibility. Judah publicly acknowledges that Tamar has been more righteous than he.

In order to get his father Jacob’s permission to allow the brothers to take Benjamin with them to Egypt, Judah takes responsibility to ensure that Benjamin will return safely. When Joseph accused Benjamin of theft and demanded that he become his slave, Judah stepped forward and was willing to pay the consequence of his guarantee. He offered himself as Joseph’s slave in his youngest brother’s place.

Jacob in his blessings proclaims a double portion for Joseph. But Judah’s quality of accepting responsibility for his mistakes and being prepared to accept the consequence of that responsibility is recognized as more fundamentally significant than Joseph’s dreams and his demonstrated talent in running a country.

This theme is understood by the rabbis of the Talmud to be the explanation for the contrasting fate of the families of the Israelite kings David and Saul. After defeating Amalek, Saul, the first king of Israel – against the explicit command of the prophet Samuel – saves the life of the Amalekite king Agag. Criticized by the prophet, Saul is not prepared to accept responsibility for his failure. His initial reaction is to blame the people for his own decision to ignore the charge of the prophet.

David, Saul’s successor, when confronted by the prophet Nathan for his personal behavior with Batsheva, immediately admits his wrongdoing. Though the Talmud finds technical justification for David’s apparent sin, it sees in his willingness to acknowledge guilt the indication that he is worthy of retaining his kingdom. David’s descendants are the permanent rulers of Israel. The future Messiah will come from the family of David.

Jewish tradition neither demands nor expects perfection from Jewish leaders. To be human is to err. “There is no righteous person on this earth who does only good and never sins.” What is critical is how he reacts when he inevitably makes a mistake.

When the Bible describes different types of individuals who come with a sin offering, which is brought for an accidental violation, a subtle distinction is introduced in the case of the prince. Instead of the word for “if he sins,” the term “when” is used.

Rashi, based on the Talmud, comments that the root aleph shin reish, which means “when,” also expresses the term for “praise.” Praised is the generation whose political leader admits his mistakes. Rashi concludes, “how much more so when he takes responsibility for intentional acts.”

Political judgments are complex. Lack of requisite knowledge and responsibility makes it easy to criticize decisions taken. Trust, however, can only exist for a leader who has the appropriate character traits. Foremost among them is accepting responsibility. 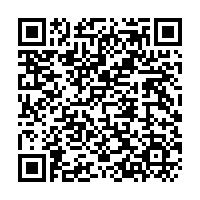