Amos Oz never tires of finding ways to blame Israel for the absence of Arab-Israeli peace, no matter how clearly the voices on the other side, in Palestinian and broader Arab media, mosques, and schools, declare that their idea of peace is the annihilation of Israel and the destruction of its people. Nor does the celebrated Israeli novelist tire of grossly rewriting history to serve his blame-Israel narrative.

His latest article in this vein appeared on the Yediot Aharonot website on April 29 under the title “Israel Partly at Fault.” Among the unconscionable falsehoods Oz tosses out in the piece is the statement that “On the Israeli side there is a fixed tendency to increasingly reject the ‘core issues’ of the conflict: Refugees. Jerusalem. Borders. Settlements. This rejection was perhaps what led to the failure of the Oslo Accords.”


Was Oz away, visiting some other planet, during, for example, the Camp David summit in the summer of 2000, when Israel offered to uproot the great majority of settlements, return virtually to the pre-1967 armistice lines, divide Jerusalem, and give pre-1967 Israeli territory to the Palestinians to compensate for the five percent or so of the West Bank that it would retain?

Was he still off somewhere, beyond the reach of the media, when Israel sweetened the deal even further a few months later at the Taba talks?

Has no one told him either of the Israeli proposals or of the Palestinians’ rejections? Or perhaps he knew at one time but has since forgotten that the Palestinians responded to Israel’s offers by launching a terror war.

Even on the refugee issue, Israel apparently made some concessions during the talks in 2000, offering to take in tens of thousands of 1948 refugees and their descendants.

But Oz is so desperate to blame Israel, to define some step that Israel only need take to resolve the conflict, that he ignores all this. His focus in this latest piece is the refugee issue, and he agrees that there can be no “right of return,” that Palestinian demands for such a “right” are a formula for transforming Israel into another Arab state.

But, he argues, Israel has been too averse to discussing the problem, and if it would only bring itself to acknowledge some fault for the plight of the refugees – some partial responsibility – and preparedness to help resolve the problem in ways short of “return,” then its doing so, Oz avers, “is likely to send an emotional shockwave through the Palestinian side. It will serve as an emotional breakthrough of sorts that will significantly facilitate the continuation of talks.”

What talks? And to what end? His argument is at once absurd and dishonest.

It is absurd, of course, because the Palestinians do not want resolution of the issue in any manner other than “return” and have made that clear in innumerable ways, including in the incessant message proffered by all their instruments of indoctrination.

It is dishonest in that Israel has on numerous occasions expressed the very preparedness to help that Oz is urging. In addition, while Oz suggests Israel has always refused to acknowledge any expulsion of Palestinians during the 1947-48 war, mainstream Israeli historians have written at least since the late 1950’s about instances of expulsion – most notably from Arab towns and villages that were part of the Arab blockade of Jerusalem – which in their totality perhaps accounted for ten to fifteen percent of the refugees.

(What is rarely written of in glosses on the war and the expulsion of civilians is the fact that, of Jews living in areas that came under Arab control, 100% were killed or expelled and none remained at the fighting’s end. In contrast, within Israeli territory, there remained at war’s end an Arab community of more than 120,000, constituting about 16% of Israel’s total population. That community has since grown to number over a million.)

Oz could send copies of those acknowledgments to every Palestinian household, and could no doubt even arrange to read the relevant passages aloud on Israel state television and have their contents endorsed by leading Israeli officials. But his doing so would not, unfortunately, serve as any “breakthrough.”

Indeed, no step by Israel, short of national suicide, can provide a “breakthrough” that would open the way to ending the conflict. But Amos Oz refuses to acknowledge that essential truth, and prefers instead to conjure up fantastical indictments of Israel and delusional assertions that, but for this or that Israeli fault, all would be well. It is a monomania, an idee fixe, that for Oz appears beyond cure. 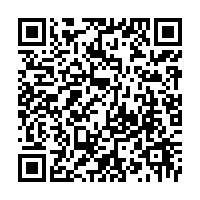