In February, Israel’s Supreme Court ruled the Tal Law discriminatory and unconstitutional in a vote of six to three. The law, which provides exemptions for young men studying in yeshiva full time, has been the subject of much criticism and controversy.

Advocates of maintaining the status quo argue that those studying Torah provide a spiritual protection to the state of Israel. They also believe Jewish Law requires exemptions for yeshiva students.


But what does Jewish law really require?

The Mishnah (Sotah 8:7) states: “…In a milchemet mitzvah, all go out [to war], even a groom from his room and a bride from her wedding canopy.” While many explain that women are exempt from combat, they are to assist by “providing food and fixing roads” (Tiferet Yisrael, ad loc.), for example. By including bride and groom, based on Yoel 2:16, the Mishnah emphasizes that all are required to participate in the war effort, without exception.

Rambam defines a milchemet mitzvah as, “war [against] the Seven Nations, war [against] Amalek, and assisting Israel from the hand of the enemy who comes up against them” (Hil. Melachim 5:1). This last definition informs our discussion. With a nuclear threat from Iran looming, enemy states on the borders, and the constant threat of terrorism within, anyone who is intellectually honest must admit that Israelis find themselves embroiled in a milchemet mitzvah, a national security situation that demands the help of all.

Those who advocate exemptions for students studying Torah full time also find support in the Rambam’s Mishneh Torah. Rambam writes at the end of Hilchot Shemitta v’Yovel that the tribe of Levi is exempt from going to war as they are the “army of Hashem,” so to speak. They do not inherit a portion in the Land and their material needs are provided for. They are the spiritual leaders of the Jewish people.

Rambam adds: “And not only the tribe of Levi, but also each and every individual whose spirit moves him and whose knowledge gives him understanding to set himself apart in order to stand before the Lord, to serve Him, to worship Him and to know Him, and releases his neck from the yoke of the many considerations that men are wont to pursue – such an individual is consecrated as the Holy of Holies, and his portion and inheritance shall be in the Lord forever and ever….”

Rambam allows for anyone “whose spirit moves him” to devote himself solely to Torah study, free from the burden of army service and divorced of all material concerns.

But this passage is problematic. Later commentaries struggle to find a Talmudic source for Rambam’s ruling. Some suggest the passage is based on Nedarim 32a, where our patriarch Avraham is criticized for drafting Torah scholars in the War of the Four Kings against the Five. Others point to Sotah 10a, which describes how King Asa was punished for mobilizing talmidei chachamim.

What is clear is that Rambam’s ruling here is not the rule but the exception. His allowance is for a select few individuals who are able to devote themselves wholly to avodat Hashem. Rabbi Aharon Lichtenstein asks, “To how large a segment of the Torah community – or, a fortiori, of any community – does this lofty typology apply? To two percent? Five percent? Can anyone who negotiates the terms of salary, perhaps even naden or kest or both, confront a mirror and tell himself that he ought not go to the army because he is kodesh kodashim, sanctum sanctorum in the Rambam’s terms?”

Exempting entire sectors of the Jewish community from army service and from pursuing a parnassah is not what the Rambam intended.

In the early days of statehood, when Rabbi Avraham Yeshaya Karelitz, the famed Chazon Ish, and other leading rabbis reached a compromise with David Ben-Gurion to provide military exemptions for yeshiva students, only 400 were exempted. Writing about a milchemet mitzvah, the Chazon Ish himself recognized that “if there is a need for them, they must come to the aid of their brethren” (Orach Chaim, Eiruvin, no. 114). Today, the number of exemptions has grown to well over 60,000. How the words of the Chazon Ish ring true today.

Those who do not serve in the IDF claim exemption under the guise of Toratan omanutan, their complete commitment to Torah study. But the real issue is not one of halacha. The truth is that for many, the insistence on exemption is out of convenience. Yet others are motivated by anti-Zionism. They do not want to recognize the state of Israel or serve in its army. But halacha requires some form of service for everyone. No exceptions. No exemptions. 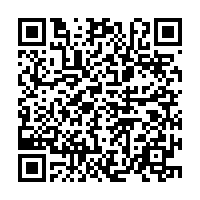