The Palestinian Central Elections Commission (CEC) recently announced that any Palestinian who wants to run in the upcoming general elections “must not be convicted of a crime or felony against honor or integrity.”


That is, of course, unless the “crime” includes murdering a Jew or involvement in terrorism.

The announcement aims to prevent Mohammed Dahlan, an arch-rival of Palestinian Authority President Mahmoud Abbas, from presenting his candidacy for the presidential election, set to take place on July 31.

In 2016, a Palestinian court in the West Bank sentenced Dahlan in absentia to three years in prison on charges of embezzling millions of dollars of public money from the Palestinian Authority (PA). Dahlan, a former PA security commander, was expelled from the Palestinian faction that rules the West Bank in 2011 after a fallout with Abbas. Dahlan has since been living in the United Arab Emirates, where he heads a group called the Democratic Reform Current.

Recently, Dahlan hinted that he might run for the PA presidency, if and when an election takes place.

The CEC announcement also aims to prevent some of Dahlan’s supporters from participating in the parliamentary election, scheduled for May 22.

Dahlan’s group, which consists mostly of former PA security officers and Fatah activists, has announced its intention to run in the election for the PA parliament, the 132-seat Palestinian Legislative Council (PLC).

Some of Dahlan’s supporters, however, will not be permitted to run in the PLC election because they, too, have been convicted of a “crime or felony against honor or integrity.”

In 2013, one of Dahlan’s top aides, Rashid Abu Shbak, was sentenced in absentia by a PA court to 15 years in prison with hard labor and a $930,000 fine, also for embezzlement of public funds. Abu Shbak was head of the PA Protective Security Force in the Gaza Strip between 2002 and 2006.

Dahlan and Abu Shbak have both denied the charges. They said the charges should be viewed in the context of Abbas’s effort to eliminate his political rivals and silence his critics.

The Palestinian leadership believes that to murder Jews and carry out terrorist attacks against Israel are honorable and dignified acts. That is why Abbas and the PA leadership repeatedly refer to terrorists imprisoned by Israel as “heroes.”

That is also why Palestinians sentenced by Israeli courts for their involvement in terrorist attacks against Jews are not only permitted to run in the parliamentary and presidential election, but welcomed.

The CEC does not disqualify candidates such as Fatah leader Marwan Barghouti and Popular Front for the Liberation of Palestine (PFLP) Secretary-General Ahmad Sa’adat, who are currently serving lengthy prison sentences in Israel for their role in terrorist attacks against Israelis.

In 2004, an Israeli court convicted Barghouti of murder, for his involvement in terrorist attacks in Israel that killed five people. Barghouti was the head of a terrorist organization whose members carried out stabbing and drive-by shooting attacks. He was also involved in the training and funding of terrorists.

In March 2002, Ibrahim Hasouna, a member of Barghouti’s organization, fatally stabbed three Israelis in a restaurant in Tel Aviv. While Hasouna was on his way to execute the attack, he and his friends notified Barghouti of their intention.

Barghouti was active in obtaining weapons, including assault rifles, explosive belts, a mortar, and hand grenades for the purpose of carrying out a number of attacks.

In 2001, another terrorist, Ismail Radaida, approached Barghouti and requested to be recruited for carrying out an attack against Israelis. On the instructions of Barghouti, Radaida received two AK-47 rifles with magazines filled with bullets. Radaida shot at cars travelling on a road near Jerusalem, and killed a Greek Orthodox monk.

During the same year, members of Barghouti’s organization laid an ambush for cars travelling on Route 443, a highway north of Jerusalem. The terrorists fired on an Israeli vehicle, killing a woman. Immediately after the attack, the terrorists reported to Barghouti that the murder had been carried out.

Barghouti was also convicted of being an accessory to murder, incitement to murder, attempted murder and activity in a terrorist organization. He was sentenced to five consecutive life terms plus 40 years.

According to Palestinian sources, Barghouti is considering presenting his candidacy for the PA presidency, notwithstanding his convictions for premeditated murder and being an accessory to murder.

As far as the CEC is concerned, Barghouti’s role in murdering five Jews is not a “crime or felony against honor or integrity.”

Therefore, not only will he be allowed to contest the election, but as far as most Palestinians are concerned, Barghouti is actually a “hero” who deserves to become president because of his convictions for terrorism.

A public opinion poll published on March 23 by the Palestinian Center for Policy and Survey Research (PCPSR) found that a majority of Palestinians in fact prefer Barghouti as president over other candidates, including Abbas. “We asked the public to state the name of the person it wants to be the next president of the PA,” PCPSR said in a statement. “The largest percentage (22%) says Marwan Barghouti, 14% [Hamas leader] Ismail Haniyeh, and nine percent Mahmoud Abbas.”

Last week, the PFLP, a Marxist-Leninist terrorist group that gained notoriety in the late 1960s and early 1970s for a series of armed attacks and aircraft hijackings, revealed that its secretary-general, Ahmad Sa’adat, will head its list for the parliamentary election.

In 2008, an Israeli military court sentenced Sa’adat to 30 years in prison for masterminding the assassination of Israeli Tourism Minister Rehavam Ze’evi. Sa’adat was also convicted of heading an illegal terrorist organization (PFLP).

Like Barghouti, Sa’adat’s candidacy will not be rejected by the CEC. The PFLP leader’s conviction of organizing the murder of an Israeli cabinet minister does not fall under the commission’s category of a “crime or felony against honor or integrity.”

Like Barghouti, Sa’adat is also revered as a “hero” by his group and many Palestinians. As such, the chances of the two terrorists winning in the elections are extremely high.

That is most likely why other Palestinian lists seeking to run in the parliamentary poll are eager to include terrorists imprisoned by Israel in their lists. A terrorist convicted of murdering Jews is far more popular than a candidate who graduated from the University of Texas at Austin, such as former PA Prime Minister Salam Fayyad.

In the last parliamentary election in 2006, Fayyad ran as founder and leader of the new Third Way Party. He won only two seats in the PLC (2.41% of the popular vote). Why? Fayyad has not spent a single day in Israeli prison and has never been involved in terrorism.

Nonetheless, Fayyad, seems unfazed by his failure to attract many voters in the 2006 parliamentary election.

He recently announced that he was planning to run again in the PLC election at the head of a list of independent figures. Revealingly, the PCPSR poll of voters who said they would vote for a list headed by Fayyad in the upcoming parliamentary election was only 1%.

The message the Palestinian leadership is sending to its people is: A Palestinian convicted of financial corruption is nowhere near as worthy of public office as one who murders Jews and masterminds terrorist attacks.

The Palestinian pubic, for its part, appears to buy this argument. Consequently, it would be no surprise to see several Palestinian terrorists, including Barghouti and Sa’adat, in the next Palestinian parliament.

That would be in addition to the members of Hamas and other terrorists who are also planning to run in the parliamentary election.

Hamas and the PFLP, whose members are planning to run in the election, have, incidentally, been officially designated as terrorist organizations by the US, the European Union, Canada, Israel and Japan.

By turning a blind eye to terrorists who plan to participate in the Palestinian elections, the international community is legitimizing terrorism as well as pulling the rug out from under all the Palestinians and other Arabs not affiliated with terrorist groups and who might be hoping that the US would lead them to better lives and peace in the region. 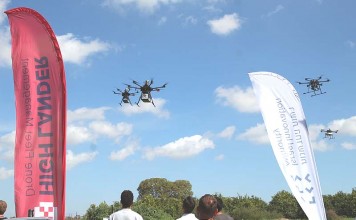