Standard and Poor’s (S&P), the global credit rating company, has kept Israel’s credit rating unchanged at its high AA- level with a stable outlook, despite the global Coronavirus (COVID-19) financial crisis that the country is experiencing, the company announced Tuesday.

S&P noted Israel’s political instability and the consecutive and inconclusive elections as a point that needs to be addressed to maintain the country’s fiscal stability.

Finance Minister Yisrael Katz said that the S&P rating “is an expression of confidence in the Israeli economy, and we must now stabilize the political system and promote laws and reforms that will drive the economy and growth in the economy.”

This is the highest rating Israel has ever had, putting it on par with the Czech Republic and Qatar.

The high rating will allow the government to raise funds under better terms.

Israel’s high AA- rating is shared by a small list of fewer than 20 countries and places it above others such as China and Japan.

Moody’s international rating agency announced in October that Israel will maintain its high A1 credit ranking, despite the economic crisis. 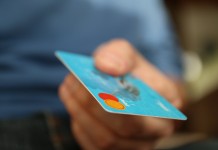