The bombs detonated in cities throughout the world in recent years, killing and wounding large numbers of innocent civilians, should make it obvious that the perpetrators of such indiscriminate brutality cannot be thought of as “freedom fighters” or, to cite another popular term, “insurgents.” They are terrorists and must be treated accordingly. They definitely do not deserve the tolerance, compassion or legal rights generally accorded freedom fighters.

The term “terrorist” certainly evokes a greater justified revulsion than does the nondescript “insurgent.” And so it is imperative to articulate a finely honed distinction between terrorists and freedom fighters.


Everyone is against terrorists. Terrorists are murderers, universally condemned and, ideally, expunged from society. But who is a terrorist? Are all those who kill their enemies terrorists? Are there not distinctions between terrorists and freedom fighters? Does the difference between the two depend on political motivation and cultural orientation?

A terrorist certainly has enemies, real or imagined – persons, groups, or nations that have either actually done some wrong to the terrorist or are presumed to have committed some grievous offense. This point is vital, for it serves as both as a rationale and an alleged moral defense of terrorist actions.

The goal of the terrorist is to instill terror, panic and fear in the hearts of his enemies. The means of instilling that terror is by indiscriminately killing all members of the enemy group. All members include children, even infants, as well as adults, including the aged as well as the infirm.

No one is meant to escape terror’s grip. Civilians are to be destroyed in order to weaken the resolve of the community. Families are to be placed in a state of fear so that the will to stand up to the perpetrators will wither. Indeed, the prime object of terrorist activity is to seek out the innocent and the defenseless and so create mass panic – along with fears of greater atrocities to come.

A soldier or freedom fighter seeks neither to injure nor to murder civilians. He is at war with other soldiers or armed combatants. He wishes to punish terrorists, not innocent people. He never aims to destroy large gatherings of unarmed women, children and aged populations.

In conducting war, soldiers or freedom fighters may wound or even kill innocent civilians, but such unfortunate incidents are the accidental byproduct rather than the premeditated goal of the battles they wage.

These self-evident distinctions between terrorists and freedom fighters permeate the moral codes of civilized behavior.

Accordingly, Osama bin Ladin is classified by civilized people as a terrorist. So too the organization he funded and founded. So too all suicide bombers.

What is difficult to comprehend is why so many in the media consistently characterize the murders committed by suicide bombers as the actions of insurgents. One of the principles of civilized behavior, as we’ve noted, is the concept that an insurgent or freedom fighter does not aim to murder, maim or hurt non-combative civilians. Once the target for military actions becomes any and all civilians, a soldier is transformed into a terrorist, even if his goal is just.

Freedom fighters and conventional soldiers are entitled to be heard in any negotiations or peace talks. Dialogue with terrorists, however, is a waste of time. In any honest negotiation, true “partners for peace” must first publicly renounce terrorism. Genuine resolution of a conflict is possible only if a commitment is first made to refrain from indiscriminately injuring and killing civilians.

Would it have been too much for the parties at Annapolis to publicly renounce terrorism? Is it too late to mandate such a commitment prior to any future negotiations? 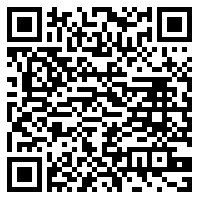