The election season is upon us. Once again, we are being called on to select the next leader of the free world.

Candidates of both parties are falling over themselves to tell us how wonderful they are. They are quick to point out the shortcomings of the other side. From “family de-values” to drugs to essays written in kindergarten to being too Christian to not being Christian enough to opposing a war they voted for to flip-flopping on immigration, abortion or what their favorite baseball team is – this motley crew of candidates has done little to convince this writer that any of them is particularly honest.

I would challenge anyone to show me one candidate who has not, in one way or another, re-made himself to appear more palatable to the electorate.

Perhaps this week’s Torah portion can give us some insight into what to look for in a leader.

Joseph, the hero of Egypt, was dead. He had brought prosperity to a land that could have been devastated by famine. A grateful nation venerated him. They honored him in his lifetime and revered him after his death.

That held true for a while, anyway. A new king arose over Egypt, who didn’t know Joseph (Exodus, 1:8). According to the Talmud, he wasn’t a new king at all.

The Egyptians were concerned about the growth of the Jewish population. The Israelites were increasing by leaps and bounds. There was a fear that Joseph’s nation might form a fifth column and join forces with Egypt’s enemies. The Egyptian people demanded that their king address their “Jewish Problem.”

The king at first demonstrated a bit of integrity and refused. He couldn’t bring himself to take action against Joseph’s people. Joseph had been so good to Egypt. But the masses wouldn’t take no for an answer. They ousted the king.

Spending three months as an ex-king was more than he could bear. Thus, a new king arose over Egypt, who didn’t know Joseph. The “new” king with a new attitude conveniently didn’t know – or at least acted as if he didn’t know – Joseph. The persecution began.

Moses worked for his father-in-law. Like his ancestors Abraham, Isaac and Jacob, Moses was a shepherd. Impeccably honest, he went far away into the desert to avoid grazing the sheep on someone else’s property.

The Midrash (Shemos Rabbah 2:2) describes a day in the life of Shepherd Moses:

“When our teacher Moses, may he rest in peace, was watching Jethro’s sheep in the desert, a lamb ran away. He ran after the lamb until he reached some bushes. Once the lamb reached the bushes, he found a pool of water, and stopped to drink. When Moses arrived there, he said, ‘I didn’t know you ran away because you were thirsty; you must be tired.’ He placed the lamb on his shoulder and carried him. The Holy One, Blessed be He said, ‘You showed such compassion to a lamb … you will be the shepherd of My flock – Israel.’ “

Immediately after this event, God began to speak to Moses through the Burning Bush. He informed him that he was to have the honor and privilege of leading the Israelites out of Egypt. He told Moses to gather the Elders of Israel and go to the Pharaoh and demand that the slaves be released.

Moses wasn’t interested in the job. He felt he wasn’t worthy. He argued that he wasn’t articulate. He claimed that no one would listen to him. “Please send the one you usually send [Aaron]” (ibid. 4:13).

God told Moses that Aaron had already been informed of Moses’s appointment. Aaron was thrilled that Moses had been chosen for this sacred task. Only upon hearing that Aaron was happy did Moses reluctantly agree to become, in effect, the first king of Israel.

There you have it. Two kings. Two kings of nations. One was not a leader at all. He was a power- and glory-hungry slave to his own people. He had no character; he stood for nothing but his own selfish ambitions. 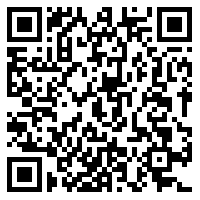